NRL premiers record easy win to get their mojo back.

The Melbourne Storm got their NRL title dreams back on track with a 32-0 victory over the Brisbane Broncos at AAMI Park.

Melbourne got on the board early when Cameron Smith set up a line-break before Jesse Bromwich stormed his way across the line to make it 6-0.

After being under pressure by the Broncos, the Storm doubled their lead when Justin O’Neill scored
off the back of a Cooper Cronk kick. 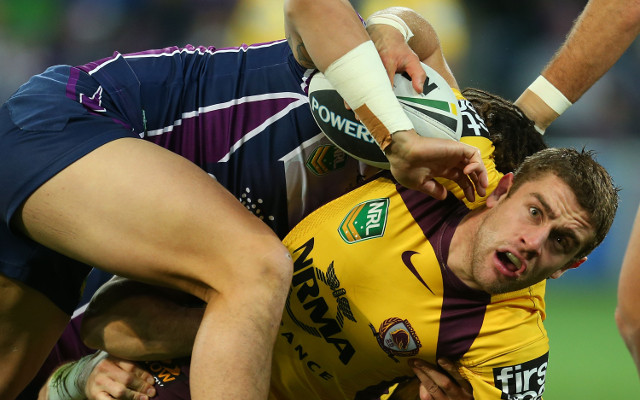 Jack Reed injured his shoulder after colliding with the advertising board when attempting to retrieve a kick and he left the field after just 23 minutes.

Brisbane continued to show signs of being able to break through but too often mistakes, or penalties let the Storm off the hook.

Brisbane went close to narrowing the margin just before half-time but Matt Gillett was denied right on the try-line.

Melbourne have a perfect record of 24 wins from as many games when leading at half-time, and with the Storm up 12-0 at the break, they were favourites to go on with the job.

Lachlan Maranta looked to have opened the scoring for the Broncos only to be denied by the video referee who said he he had not grounded the ball.

To add insult to injury, the Storm scored off the next set as Ryan Hinchcliffe twisted his way across the line to make it 18-0.

While the Broncos were at times unlucky not to score, the Storm were clinically when they got into
the red-zone as they added to their margin.

Waqa made a possible Brisbane comeback very hard when he crossed in the corner with 16 minutes left in the game, leaving the score at 22-0. 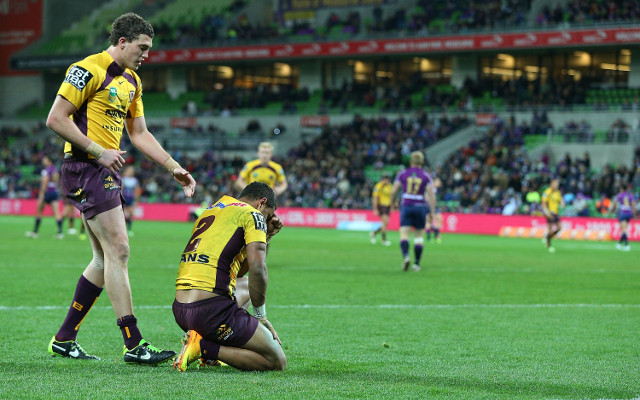 The game then became a rout as the Storm scored again through Maurice Blair off the back of a Cronk kick as the scoreboard then became 28-0 before a final try completed the rout on the scoreboard against the unlucky Broncos outfit.

Melbourne will travel to ANZ Stadium to take on the Canterbury Bulldogs in round 18 while the Broncos will look to keep their slim finals hopes alive when they host the Cronulla Sharks.