Uncapped Matt Toomua was chosen ahead of Quade Cooper as fly-half by new coach Ewen McKenzie for the Wallabies’ opening Rugby Championship Test against the All Blacks this weekend.

Toomua, the ACT Brumbies playmaker, was one of five uncapped players named for Saturday’s Test in Sydney, which also doubles as a Bledisloe Cup match.

Toomua was the major selection surprise by McKenzie, who overlooked his former Queensland Reds star Cooper for the number 10 role in his first Test in charge since taking over from Robbie Deans last month.

The new coach also shifted Brumbies skipper Ben Mowen from blindside flanker to number eight and moved James O’Connor from fly-half, where he played last month against the British and Irish Lions, onto the wing.

The coach said he was confident the new group could achieve immediate success as they begin their pursuit of winning the Bledisloe Cup against the All Blacks for the first time since 2002.

“When we picked the team we didn’t spend one minute looking at how many Test caps a player had or the number of debutants. It was picked on performance over a sustained period of time and on how we want to play the game,” McKenzie said.

“The fact that five guys haven’t played a Test before isn’t a concern. Everyone has to start from somewhere and we definitely haven’t picked them on one game.

“Rather, they are starting their Test careers off the back of consistently strong performances at a provincial level.”

Toomua’s selection comes after he made the briefest of appearances for Australia in an uncapped midweek clash against the Cardiff Blues in 2009.

He lasted just four minutes before a broken jaw ended his night prematurely, setting the tone for a frustrating next three seasons where he was limited to just 28 Super Rugby games heading into 2013.

“We could have gone many different ways at fly-half as we have a lot of good options there, but in the end we see some great tactical opportunities starting the game with Matt,” McKenzie said.

“It’s obvious that each of our playmaking options have different styles so it’s important that we’re looking to get the best out of their individual strengths at different stages of the game.” 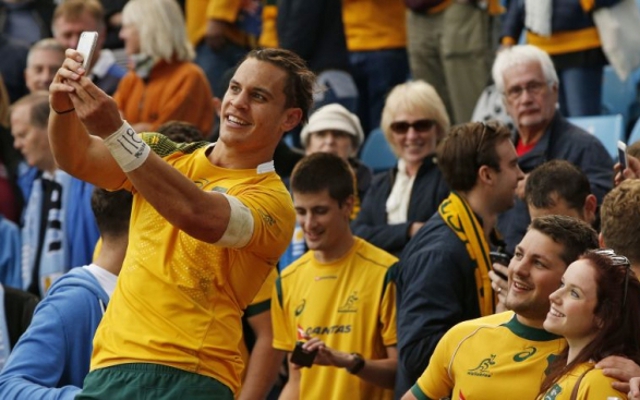