2013 Masters winner Adam Scott has been paired with 19-year-old amateur Antonia Murdaca at Augusta this weekend, according to AAP.

Scott and Murdaca are among six Australians to feature in the year’s first major and are due to begin their opening round at 9.35am (local time) on Thursday.

Murdaca said he visited Augusta earlier in the year to help him overcome nerves, but he faces an uphill battle playing alongside one of Australia’s greatest ever players.

“My heart was pumping a little bit quicker compared to my earlier practice rounds but it is a pretty cool vibe, I have never experienced something like this before,” Murdaca is quoted as saying by AAP.

“Just the vibe off the crowd gets you pumped up, it keeps your mind off bad shots and focused on hitting good ones because you can hear the roars and you kind of want to hear them some more.

“I was hoping I would be here at some point in the coming years but never thought I’d be here at 19.”

Scott and Murdaca will play alongside American star Dustin Johnson, who is considered by many to be one of the favourites for the event.

Scott returns to Augusta with very little fanfare in comparison in 2014, where he arrived as the defending champion.

The 34-year-old has been in relatively poor form in 2015, particularly struggling on the greens.

He will again use a long-stick following his struggles with regular putter at the beginning of 2015.

“It’s what I’ve been doing for four years, so to go back was a piece of cake,” Scott is quoted as saying by AAP.

“Two days practice with it and I felt like I was at the levels [of] last year, which are very high. I’m coming to a major. I’m not here to throw balls up in the air and see where they fall.

“I want to make sure I give myself the best chance to perform at the highest level I need to win. That will be with the longer putter.” 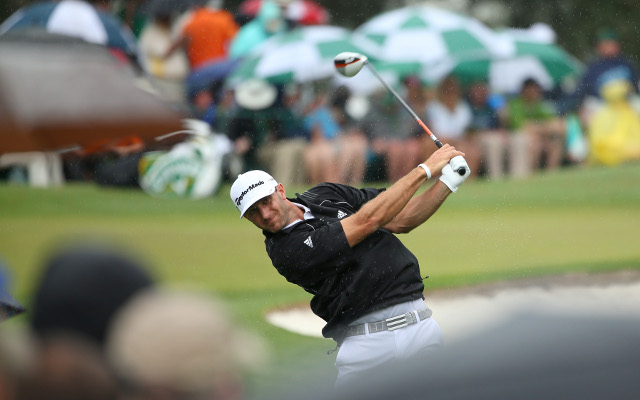