Star new pitcher shows he is the real deal during Spring practice.

Masahiro Tanaka made an impressive debut throwing his first batting practice session of New York Yankees pre-season workouts, baffling most of the hitters he faced.

“I’m glad he’s on our team,” Yankees catcher Austin Romine said in a posting on the team’s website. “I’ve never seen a ball move like that. It’s special.

“I didn’t know what it was until it was halfway in. You are going to see a lot of guys swinging and looking like fools on that pitch. I can already tell.”

The 25-year-old Japanese right-hander signed a seven-year Major League Baseball contract worth $155 million with the Yankees last month after an unbeaten run last season in Japan, going 24-0 in leading the Rakuten Eagles to the Japan Series crown.

In his first workout session with Yankees starting catcher Brian McCann, Tanaka faced four batters with only one ball being hit back in fair territory, a ground ball to second base.

“Absolutely as good as advertised,” McCann said. “You can tell he’s got the stuff.

“I thought he was great. He worked all his pitches in there. His fastball command was there. His off-speed, I thought was great. His split has some great action on it. His cutter, his slider — he was sharp.” 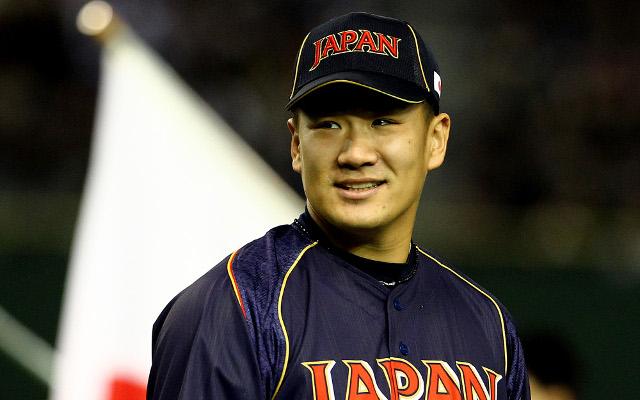 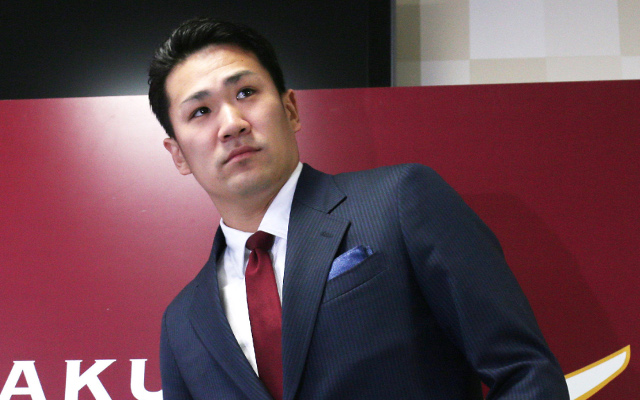