Bayern Munich superstar Manuel Neuer has revealed which goalkeepers he idolised as a child and inspired him to be become a professional.

SEE MORE:
Arsenal transfer news
£22m midfield ace responds to Arsenal and Chelsea speculation
Women in FIFA 16: Why this is huge groundbreaking news on and off the pitch

In an interview with Squawka, the shot stopper says he was particularly influenced by Arsenal favourite Jens Lehmannm, who was handed his debut at Neuer’s boy-hood club Schalke and remained their keeper for a decade, because of how he played the game in his ‘own way’.

“I have a couple. Jens Lehmann was always my hero, because he played for Schalke, and he was a bit of a goalkeeping revolutionary – he played the game his own way.

“There’s Oliver Kahn, who as a German keeper you have to respect massively for what he achieved. And I also liked Edwin van der Saar, and the way he played, very much.”

Neuer certainly seems to have surpassed these stoppers in terms of ability and successes, and perhaps might even better some of the more legendary stoppers in world football.

After a quite stunning campaign for both club and country, Neuer lifted the Bundesliga, the German League Cup and World Cup, where he also won the Golden Glove, trophies – not to mention the fact his finished 3rd placed in the 2014 FIFA Balon d’Or.

His confident and eclectic style has raised a few eyebrows during his career but has seen him reach the pinnacle of the position and master the ‘sweeper keeper’ role. 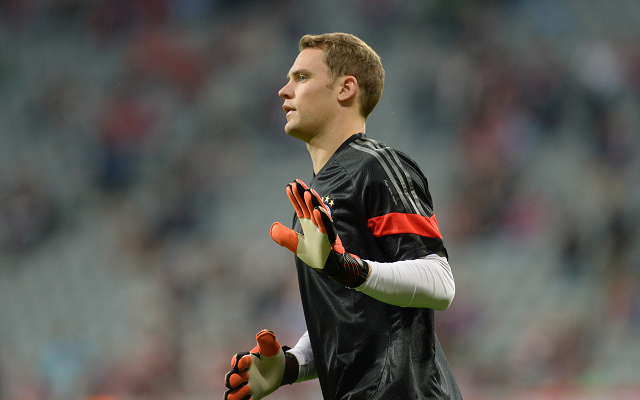