Grey area surrounding high tackles continues in the NRL.Manly prop Richie Fa’aoso will only miss one game after successfully having his grade three dangerous contact charge downgraded at the NRL judiciary.

Fa’aoso was looking at spending at least three weeks on the sidelines after being placed on report for his high shot on the Gold Coast’s Ashley Harrison, that saw him leave the field on a medicab.

After having the charge downgraded from three to one, Manly plead guilty leading to Fa’aoso being eligible for the Sea Eagles clash against the Canterbury Bulldogs at ANZ Stadium on April 5.

The ARL Commission banned the shoulder charge late last year after substantial medical advice declared its potential to cause serious harm as unacceptable.

The decision by the judiciary to downgrade the charge sends mixed messages to the rest of the competition as to what kind of suspension could be handed out for contact to the head.

While the charge against Fa’aoso was for dangerous contact, the case was the first of its kind in 2013 and a test case for the new shoulder charge rules.

“We don’t allege, in this case, that player Fa’aoso made contact with the head or neck with his shoulder,” NRL prosecutor Peter Kite said.

“But in the course of making an illegal tackle he made contact with Ashley Harrison’s head (in a head clash) because of the shoulder charge.”

Manly coach Geoff Toovey believes the spotlight on the shoulder charge is too bright, saying it is not a topic of conversation at club level, just by the fans and the media.

“We tell our players not to use it all the time,” Toovey said.

“No coach goes out there to instruct their players to do a shoulder charge. It’s just a waste of time. The other coaches say the same thing. It’s a minor thing in our game. I think we are too focused on it.” 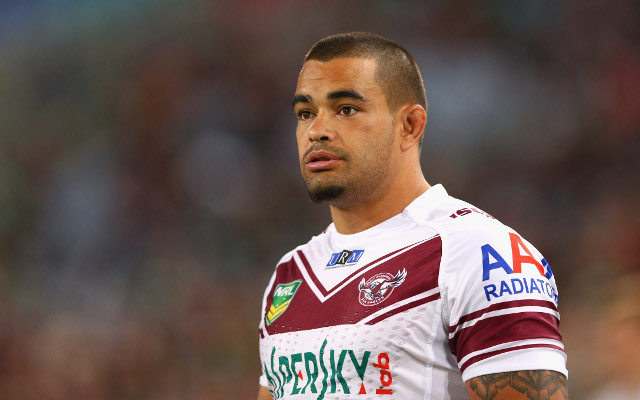 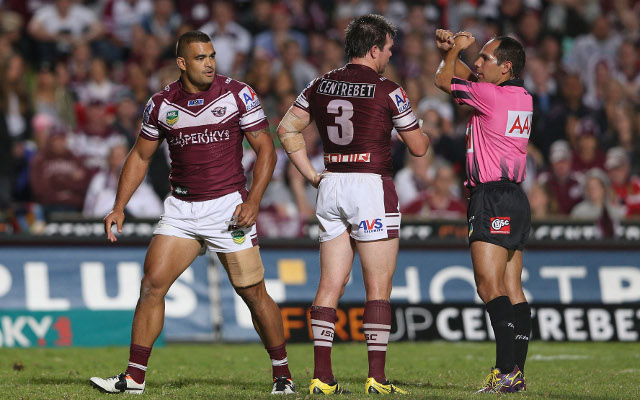