Manly have locked-in young guns Tom and Jake Trbojevic and Clint Gutherson until the end of the 2017 season, while Gold Coast playmaker Kane Elgey looks set to join the club.

The Sea Eagles on Tuesday announced a one-year contract extension for the Trbojevic brothers, while Gutherson a new two-year deal.

Jake Trbojevic said both he and brother Tom never thought about leaving the bottom-placed Sea Eagles.

Manly are a great Club and I’m extremely proud to be playing my footy here over the next few seasons,” he said in a club statement.

“Tom and I have grown up in Mona Vale, knowing nothing else than Manly being one of the best teams in the NRL. It’s a privilege to play for our local club.”

Gutherson said he wanted to repay the faith the Sea Eagles have shown in him after he suffered a torn ACL in round one.

“It’s a great feeling to have recommitted. I’d like to thank the club for giving me the opportunity to continue my career for the team I have always supported,” Gutherson said.

“My immediate focus is recovering from my knee injury as quickly as possible, so that I can get back on the field and repay the faith the Club has shown in me.”

Sea Eagles coach Geoff Toovey said the re-signing of the trio was a vote of confidence in the future of the club.

“We’ve had a number of great local juniors represent this Club over the years and it’s refreshing to see another three coming through now,” Toovey said.

“They are all fantastic young athletes, who have already had a taste of NRL and have proven that they are ready to embark on lengthy careers at the club.

“Now that their immediate future is sorted, they can continue their learning on the job.”

In further good news for Manly fans, Toovey did nothing to end speculation over Titans playmaker Kane Elgey, who is widely tipped to be joining the Sea Eagles for the 2016 season.

“We are in the market for quality players and his name has come up, but I’m not going to speculate on that at the moment,” Toovey is quoted as saying by AAP.

“He is a good player, he has been going very well over the past couple of weeks with the Gold Coast.

“We are in the market for players such as him.”

The Sea Eagles are believed to be chasing Elgey after star halves pairing Daly Cherry-Evans and Kieran Foran inked deals with the Titans and Parramatta Eels respectively.

Elgey is considered to be one of the best young talents in the NRL and his signing would come as a major coup for the embattled Sea Eagles. 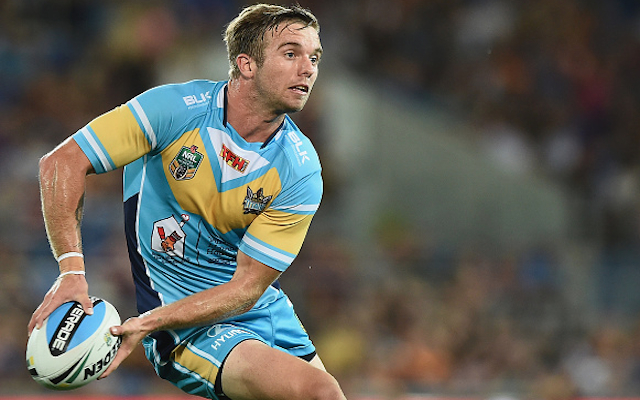