Geoff Toovey raves about the consistency of his side as they stave off gritty Sharks side.

Manly continued to show age shall not weary them, the Sea Eagles showed they are still genuine premiership contenders after defeating Cornulla 25-18 at Brookvale Oval.

Despite one of the oldest average ages of any roster in the competition, impressive wins against Wests Tigers, Canterbury and the Sharks has seen them win five of their firts six games.

Manly coach Geoff Toovey raved about the engery shown by the side, as they outplayed the Sharks for much of game.

“In periods I think we are as good as any in the competition,” Toovey said.

“But there are also periods when we drop away a bit. We just need to be a bit more consistent and in saying, I think that we are capable of that.

“It’s been a tough six weeks and we need to regroup and hopefully focus on the areas we need to improve on and improve on that consistency.”

Manly captain Jamie Lyon said the big-game experience of his side would ensure they continue to be one of the sides to beat.

“We know what we are capable of here,” he said.

“We might have an aging squad but we definitely have some big experience here with blokes who have played those big finals games.” 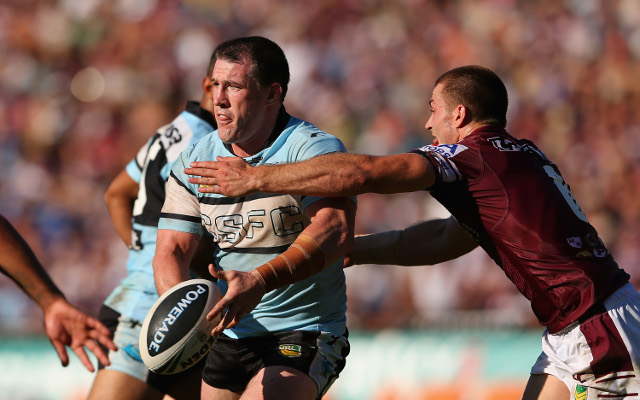 In warm conditions before a healthy crowd of 17,504, Manly dominated the opening quarter of the game to lead 16-0 after 26 minutes courtesy of tries to Justin Horo, Daly Cherry-Evans and Tom Symonds.

Cronulla’s Nathan Stapleton scored either side of halftime to reduce the lead to 16-12 after 48 minutes.

But then Manly found their groove again.

Brett Stewart sliced through the Sharks defence from a scrum win 40m out and put rookie winger Peta Hiku over for a try on his NRL debut.

Steve Matai pounced on a cross-field kick spilt by Stewart Mills as Manly stretched the lead to 24-12 after 64 minutes.

A Mills try with nine minutes to go and the sideline conversion from Chad Townsend kept the visitors in the contest until Cherry-Evans sealed the victory with a 75th minute field goal.

The loss is the Sharks’ third straight, but it was a much-improved performance from previous weeks.

Manly’s win was soured by a possible career-ending injury for backrower Joe Galuvao, who might have suffered a snapped achilles. 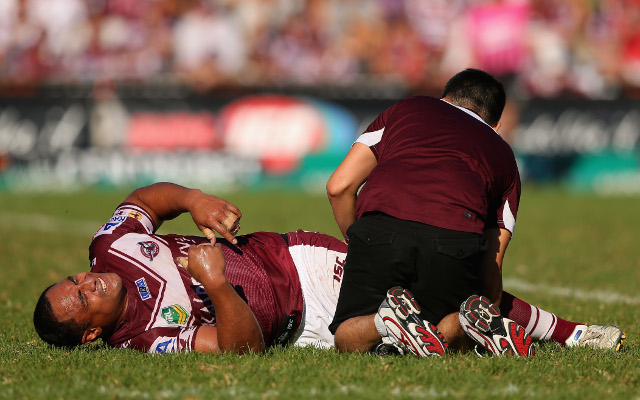