The Red Devils came away with a point from a tricky encounter in Ukraine.

After a disappointing home defeat to West Bromwich Albion at the weekend, Manchester United manager David Moyes was hoping for a change in fortunes in the Champions League against Shakhtar Donetsk.

It was all going well in Ukraine when Danny Welbeck gave the visitors an early lead, but the 1-1 final result will be pleasing for Moyes.

Here are United’s best and worst performers from the game.

The goalkeeper showed just why the 22-year-old is established as the Red Devils No.1 with a confident and assured display.

De Gea made some good saves throughout the match and could do nothing about Shakhtar’s equaliser.

With Rio Ferdinand out of sorts Vidic needed to step up to offer some defensive solidity for United and that is just what the captain did in this match.

Looked dominant from the outset although will perhaps feel the clearance that led to the home side’s goal could have been better. 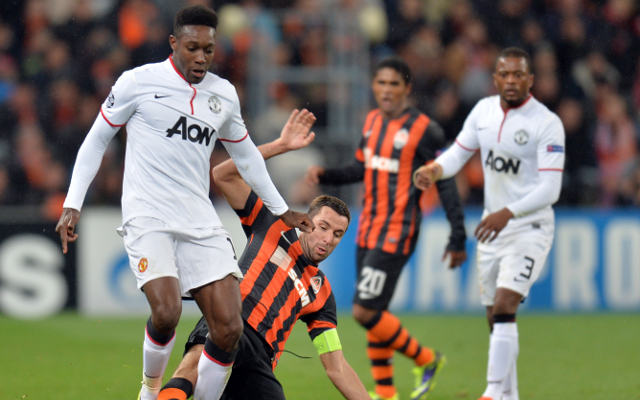 The Englishman’s obvious talent is now being coupled with an eye for goal as the 22-year-old scored the away side’s only strike of the match.

With Wayne Rooney in good form and Robin Van Persie coming back to fitness, Moyes could have a formidable attack on the Scot’s hands.

Not a great display from the midfielder who was recalled to the side after Anderson’s woeful performance against West Brom.

It was certainly a stronger midfield from that of Saturday – which isn’t saying much – but Cleverley doesn’t provide the cutting edge to change a game.

A relatively quiet night for the Frenchman was blighted slightly by some sloppy passing from the left-back.

Again Evra was far from awful and looks a lot more comfortable than Alexander Buttner, but Moyes may be ruing the day Leighton Baines got away.

It’s been a tough start to life at Old Trafford for the Belgium international, who was mercilessly criticised for last night’s showing.

After operating as a No.10 at Everton, reverting back to defensive midfield is not coming easily to Fellaini and the 25-year-old looked slow and immobile.