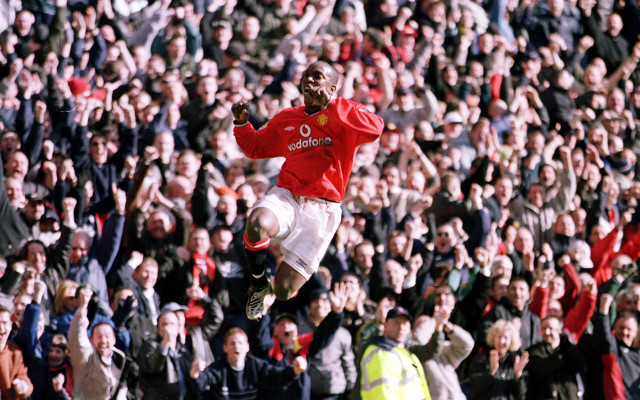 Manchester United all but confirmed their seventh league title in nine seasons with a crushing victory, inspired by hat-trick hero Dwight Yorke. The striker, marginalised for most of the season, scored a quick-fire treble within 22 minutes, with Roy Keane and Ole Gunnar Solskjaer ensuring the hosts led 5-1 at the interval, after Thierry Henry’s equaliser. Substitute Teddy Sheringham capped off United’s biggest league win over the Gunners to put them 16 points clear at the top with just ten games remaining.