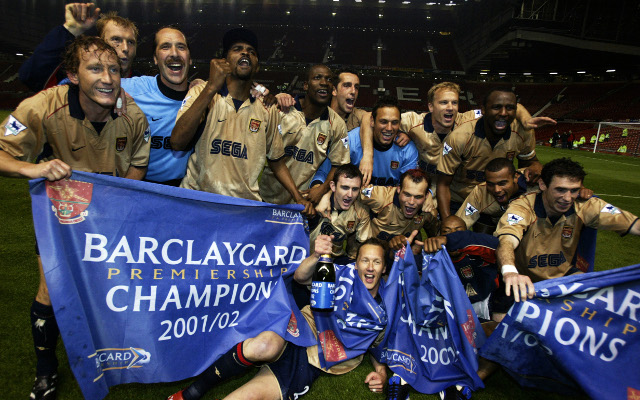 Arsenal inflicted the ultimate humiliation on their rivals, winning the league title at Old Trafford with a comfortable victory. Having already claimed titles at White Hart Lane (1971) and Anfield (1989), the Gunners made it an impressive treble thanks to Slyvain Wiltord’s 55th minutes striker on his 100th appearance for the club. Arsenal showed no ill-effects from winning the FA Cup final the Saturday before to ensure their second double in four years and an entire league season with no away defeats.