The top 10 meetings between Man United and Arsenal.

Arsenal and Manchester United clash for the 217th time on Sunday, with the London club bidding to establish an 11-point lead over the champions in the Premier League.

Their rivalry has produced some of the most memorable matches in English football history. We pick our top ten: 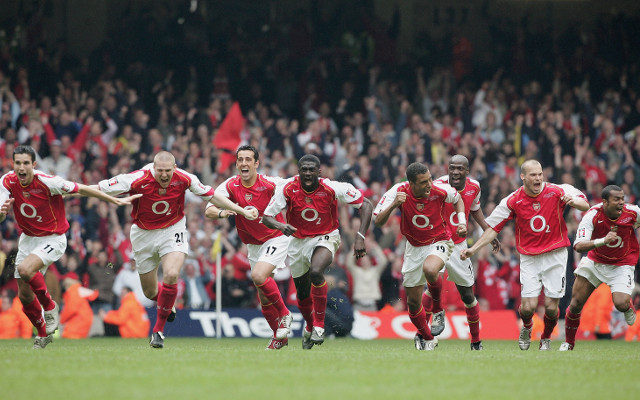 A drab match that is best remembered for the result, rather than the football. The proceedings were dominated by United, particularly after Jose Antonio Reyes was sent-off for Arsenal, with Wayne Rooney and Ruud van Nistelrooy both hitting the woodwork. After 120 minutes, the game went to penalties and Paul Scholes’ spot kick was saved by Jens Lehman to hand the Gunners victory and deny United a second consecutive FA Cup win. The meeting was the first between Arsene Wenger and Sir Alex Ferguson in an FA Cup final and remains Arsenal’s last trophy to date.