The Premier League champions have been heavily linked with a switch for Mata.

Stories linking the Spaniard with the Red Devils have been consistently printed all season, ever since the return of Jose Mourinho as manager at Stamford Bridge.

This is because despite the fact that Mata was voted the Blues’ Player of the Year for the past two terms, the Portuguese coach has marginalised the 25-year-old this campaign. 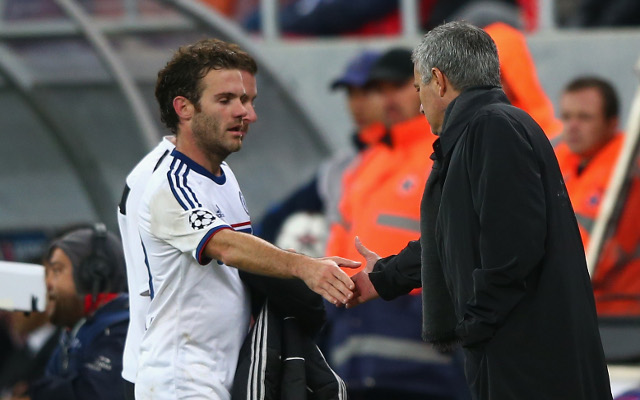 Mourinho made it clear when returning to west London in the summer that Brazilian attacking midfielder Oscar would take up the No.10 role – the preferred position of the Spain international.

“The way I’m reading the situation and the reasons why, in this moment, he’s [Mata] not playing so much are things I can speak about with him, but not publicly,” the 50-year-old was quoted by the Guardian back in September 2013.

“It is one thing to play with Ramires and Oscar closing down opponents on each side, and Mata as a No10 behind a striker with his clever assists, clever passes and fantastic actions because he has great talent.

“But it is another thing to adapt to the way we want to play. In this moment, Oscar is my No.0 and, if anyone tells me Oscar has not been Chelsea’s best player this season, I’d have to disagree.

“I have to prove to the fans that I am good. Now [Mata] must do the same.”

In fact since Mourinho took hold of the reigns again in 2013/14 Mata has been reduced to 18 appearances (14 starts) in all competitions, compared to a mammoth 64 appearances last season.

For a world-class star in his prime, this lack of opportunities won’t sit well with the Spanish star for too long and United have recognised a great chance to improve their form.

The 3-1 loss to Mata’s side in the Premier League on Sunday leaves the English champions in seventh place after 22 matches and 14 points adrift of leaders Arsenal. 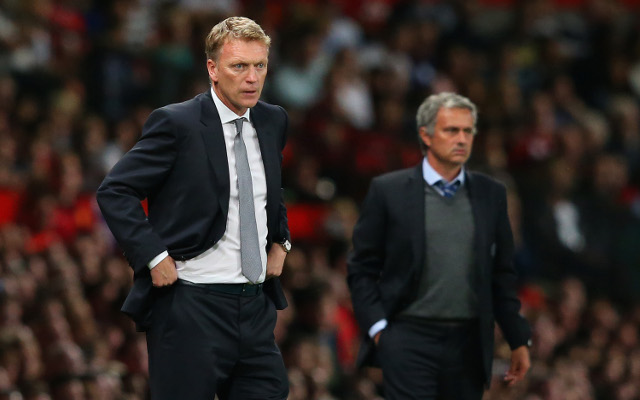 Their main problem – as highlighted once again at the weekend – is a lack of creativity in midfield and manager David Moyes and chief executive Ed Woodward need to address this in the transfer market.

Since arriving in west London in 2011 Mata has provided 58 assists in 135 games in all competitions and has in impeccable vision and passing style.

With players who rely on technique based tactics already at the Theatre of Dreams – such as Michael Carrick, Wayne Rooney and Robin van Persie – the Blues star would be the perfect addition.

Reports suggest Mata would cost United £40m – they should be prepared to pay £10m more.