Centre-back may feature against Montenegro later this month.

Veteran Manchester United defender Rio Ferdinand could be in line for a shock recall to the England squad for the upcoming World Cup qualifying double header against San Marino and Montenegro, according to the Independent. 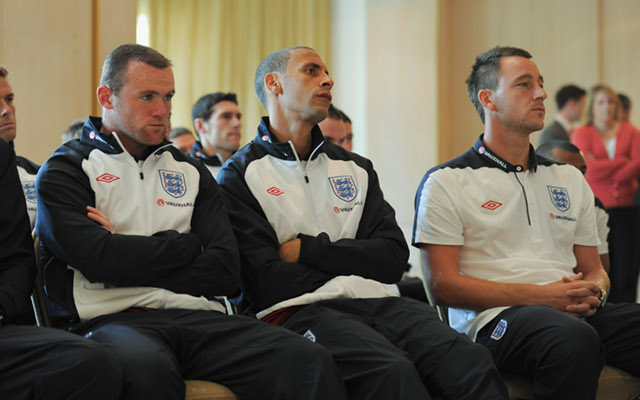 The 34-year-old centre back has not played for his country since featuring in a 2-2 draw with Switzerland at Wembley stadium in a Euro 2012 qualifier in June 2011 and when Roy Hodgson took over from previous head coach Fabio Capello last year, the new England manager made it clear that Ferdinand would not be selected for “footballing reasons”.

But the Three Lions are short of numbers at the back at present, with former captain John Terry having retired from the national team and with the likes of both United’s Chris Smalling and Everton’s Phil Jagielka currently out injured, it is possible that Hodgson will hand a recall to Ferdinand.