Manchester United are reportedly so desperate to sign Barcelona star Neymar that they are willing to splash out £240m.

According to an exclusive article in The Sun, United have identified Neymar as the man they want to be the “global face of the club”.

The 23-year-old is the darling of Brazilian football and second only to Lionel Messi in terms of popularity at Barca.

United would certainly have to break the world transfer record, which currently stands at £85m, to sign Neymar.

However, if The Sun’s report is accurate, United don’t just plan to break the record – the Red Devils plan to obliterate it.

United are said to be willing to meet Neymar’s £130m release clause.

The actual amount United would have to shell out is apparently closer to £165m, due to “tax add-ons”.

Throw Neymar’s wages into the mix – £15m a year across five years, so say The Sun – and United’s overall spending on Neymar would be £240m. 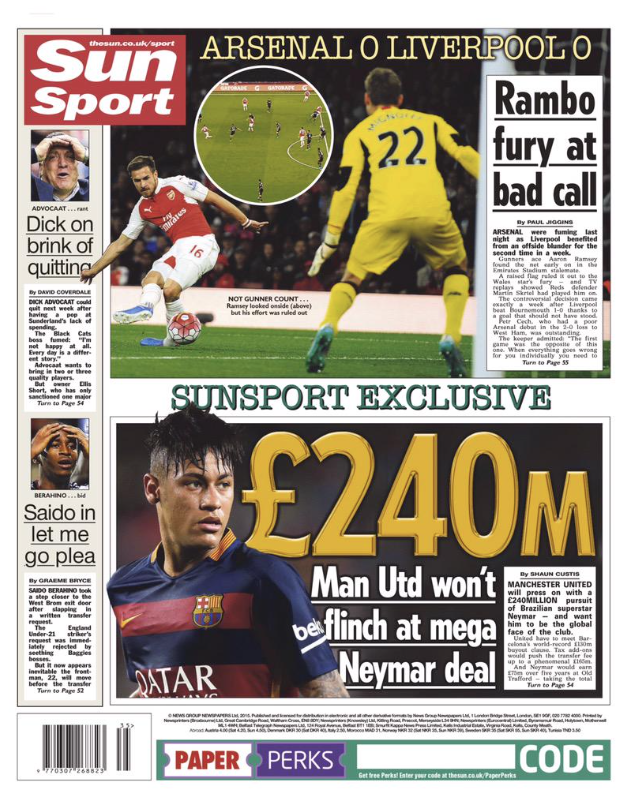