Was seemingly given plenty of attention by Mile Jedinak throughout the game, which appeared to keep him quiet. However, the Belgian was there when the opportunity arose to put a simple header into the back of the net with Palace players sprawled around him. 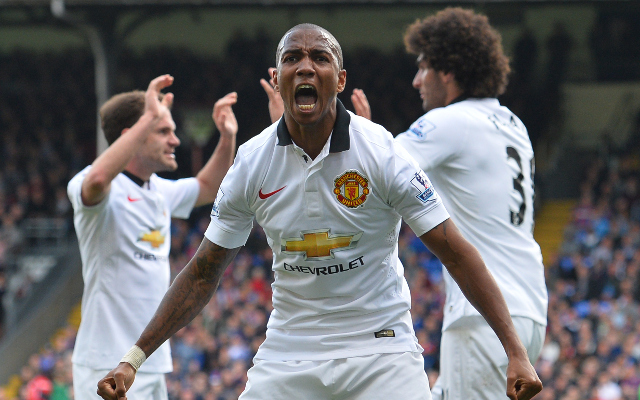 He is certainly enjoying his best season at Old Trafford, and continued that form by providing both goals. It was his crosses that both won the first-half penalty, and set up Fellaini for the winner.

The captain spent most of the first-half struggling with injury, and thus, failed to make a noticeable impact upon the game, so it was no surprise when he was taken off by Louis van Gaal at half-time.

At times, he looked troubled by the dangerous combination of pace and power in the Palace frontline. However, he looked assured towards the end, and helped see out the victory.

Because of Rooney’s injury, the Colombian played the entirety of the second-half. But, his only contribution came when he bundled the Palace defender into Speroni for the winning goal.

Came on late to provide some fresh legs to help see out the 90 minutes.