How the Red Devils rated on a thrilling night at the Allianz Arena.

It was a tough night for Manchester United in the Champions League as Bayern Munich eliminated them 4-2 on aggregate after the second-leg in Germany.

Heading into the game with things level at 1-1 from Old Trafford the previous week it was in fact the visitors who took the lead through a superb strike from Patrice Evra.

Yet less than two minutes later Bayern were level, as top-scorer Mario Mandzukic scored a header and Thomas Muller and Arjen Robben rounded things off.

Here’s how the Red Devils rated at the Allianz Arena.

Was barely tested in the first half and was sharp when clearing the ball for counter-attacks, but was overwhelmed by Mandzukic, Muller and Robben after the break for their goals.

Dealt with Franck Ribery well once again from his position at right-back and this could well be the England international’s best spot on the pitch.

There were a few raised eyebrows when Smalling got the nod ahead of the more experienced Rio Ferdinand, but the defender proved those doubters wrong with a fine display.

The captain was resolute throughout the game and could have perhaps done with better support from the defensive midfielders when Bayern piled down on the United back line. 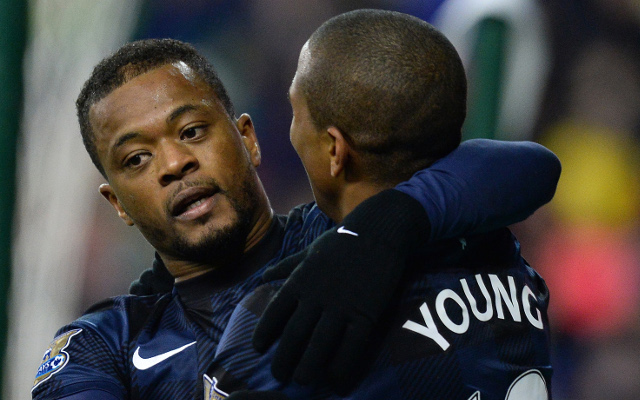 Was actually the weak link in the back four and despite scoring a wonder strike, the Frenchman was there to defend and did not do it well enough.