Moyes ready to offer Kagawa in exchange for Marco Reus.

Manchester United are interested in an ambitious player-plus cash move for Borussia Dortmund’s Marco Reus, according to The Times.

The Premier League Champions are keen on a deal that could lead to Shinji Kagawa returning to the Bundesliga club in part-exchange.

United boss David Moyes is keen to strengthen his midfield with a creative goal-scorer after missing out on Thiago Alcantara and Cesc Fabregas in the summer.

Reus, an attacking midfielder who can operate on the flanks, scored 19 goals for Dortmund last season and has netted seven in 17 appearances for Germany.

The 24-year-old, who has over three years remaining on his current deal, is regarded as one of the best young players in Europe and reportedly has a buy-out clause £29m. 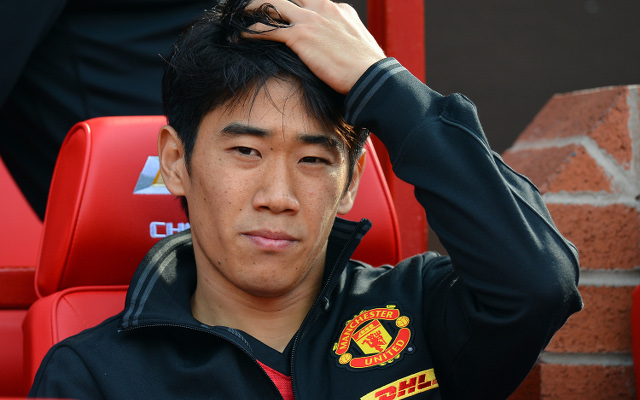 Kagawa, meanwhile, has struggled to make an impact at Old Trafford since his £17.6m move in summer 2012.

The Japan international was hampered by injuries last season and was initially overlooked by Moyes this term.

Although the Scot praised Kagawa for his performance against Arsenal on Sunday, it was only the third time the Japanese had started in the league this season and Moyes is understood to harbour doubts about his suitability for the English top-flight.

With Wayne Rooney impressing in the hole behind Robin van Persie, Kagawa has been forced to play wide left and looked uneasy away from his preferred position centrally.

Dortmund boss Jurgen Klopp would welcome back the player he described as ‘one of the best in the world’ with open arms but it remains to be seen if the Champions League runners-up would be willing to part with Reus.