Argentine forward could make his return from injury…

The giant Romanian stopper has played in every one of City’s League Cup matches so far this term, and Manuel Pellegrini is reportedly going to stick with him for the trip to Wembley.

The Argentine fullback provides City with an outstanding option up and down the right flank, but he also maintains his defensive duties. He will probably be facing on loan Liverpool ace Fabio Borini down Sunderland’s left.

The club captain will lead his side out at Wembley, and will likely have the task of keeping goal shy striker Jozy Altidore quiet this afternoon.

Pellegrini could go with Aleksander Kolarov on the left of the back four, but we think he’ll select Clichy instead – because he is slightly more solid defensively. 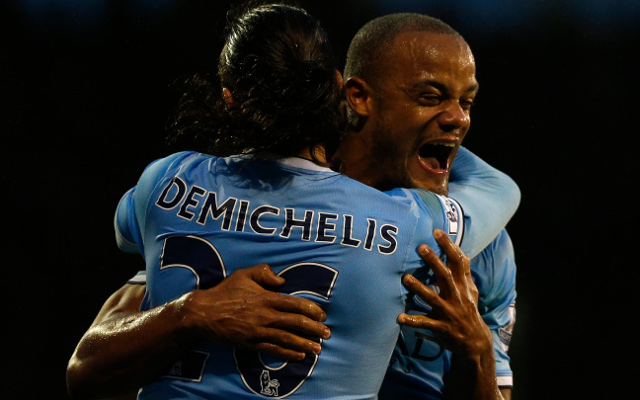