England’s no.1 Joe Hart will win his 35th cap this evening, but his club form has been ropey at best at the start of the Premier League season. He also made a mistake against Scotland in last month’s friendly at Wembley, and Roy Hodgson will need him back to his best tonight against a tricky Ukrainian side. Despite not starting any league matches this term, James Milner will be drafted into the side because of his work-rate and defensive abilities. Hodgson will favour a defensive approach this evening, and will happy to leave Kiev with a draw – so Milner will be perfect to start on the right.

The French duo didn’t start in their country’s last match, and will be unlikely to do so tonight away to Belarus. City fans will be pleased that the pair will remain fresh for the important weekend tie away at Stoke City. France can still qualify automatically if they win their last two games, and Spain fail to beat Georgia next month. The likelihood is though of course that Nasri and Clichy will have to face a nervy play-off match to qualify. 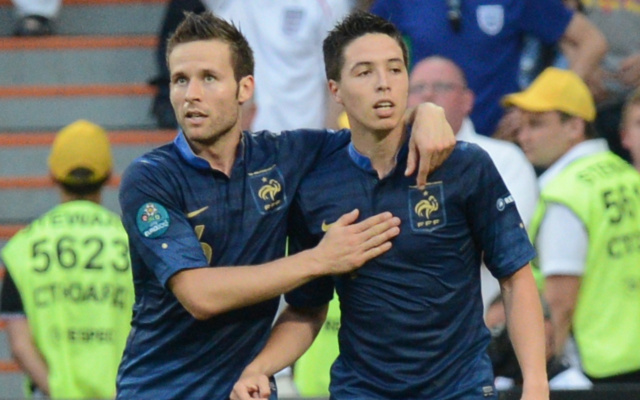