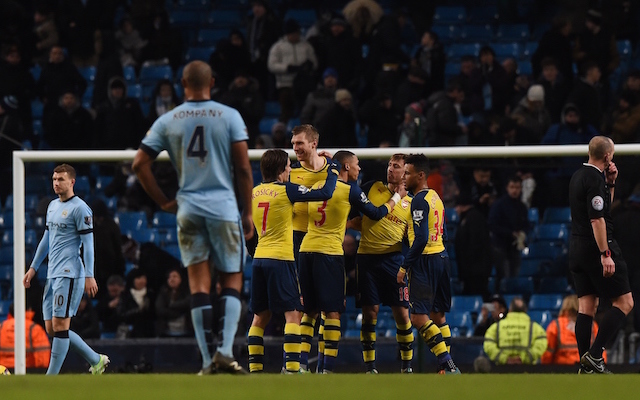 2. Burnley Breaks the Streak, December 28th, 2014 – After taking a 2-0 lead in the first half thanks to goals from David Silva and Fernandino, Man City would fall apart in the second half, giving up an early second half goal at 48′, and then surrendering the lead entirely to Burnley at 81′ to effectively end their seven game winning streak with a tie.

3. The Arsenal Shutout, January 18th, 2015 – After two months without a loss, Arsenal erased Man City’s sense of invincibility, first on a penalty kick and later in the second half on a goal by Giroud. That second home loss of the season for Man City would be the start of a terrible streak of games beginning in February that resulted in a 4-4-1 record through mid-April