Pellegrini’s side put in the performance of the week.

The Premier League is 10 matches old and now all 20 teams have played it’s time for the fanatix Team of the Week.

There is a case to say Stoke City No.1 Asmir Begovic should take this place after becoming only the fourth ‘keeper in the league’s history to score a goal.

After just 13 seconds of the Potters’ match with Southampton, a clearance from the Bosnian alluded opposite number Artur Boruc and found the net.

However, for sheer class between the sticks and the ability to command a defence, Everton’s Tim Howard takes the spot.

At right-back we’ve opted for Mathieu Debuchy as the Frenchman continues an impressive season with Newcastle United by helping to overcome Chelsea on Saturday.

Although Bacary Sagna was once again in great form for Arsenal, it’s Debuchy’s mixture of attacking and defensive prowess that earns the Frenchman the place ahead of his fellow countryman.

At left-back Tottenham Hotspur’s Jan Vertonghen gets the nod as the 26-year-old continues to show the Belgian’s versatility across the back four.

In the heart of the defence Toffees captain Phil Jagielka becomes the second member of the Merseyside outfit to be named, after smothering Spurs’ Roberto Soldado to great affect. 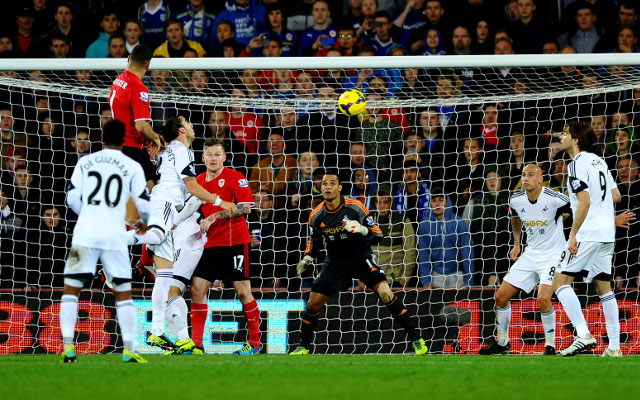 To partner the England international there are good cases for Curtis Davies of Hull City and Vlad Chiriches, but for a match-winning performance in the Welsh derby it’s Cardiff City’s Steven Caulker who earns the last place.