Manchester United are lining up an offer that will trigger Carlos Bacca’s release clause this summer, according to reports.

The Colombian attacker has been on fire in La Liga this season, scoring 17 goals in 29 appearances to help push Sevilla into Champions League contention.

According to The Metro, United are prepared to pay his £21.3m release clause in the off-season to bring the 28-year-old to Old Trafford.

With the futures of Robin van Persie and Radamel Falcao up in the air, Bacca is believed to be seen by Louis van Gaal as an adequate replacement.

Bacca last year signed a four-year contract extension with the Spanish club, however it will count for nothing if United are prepared to trigger the 28-year-old’s release clause.

The former Club Brugge striker was part of Colombia’s 2014 World Cup squad, making one appearance as a substitute during his side’s 2-1 quarter-final loss to hosts Brazil.

Bacca made an immediate impact in the game, winning a penalty that was converted by Real Madrid star James Rodriguez. 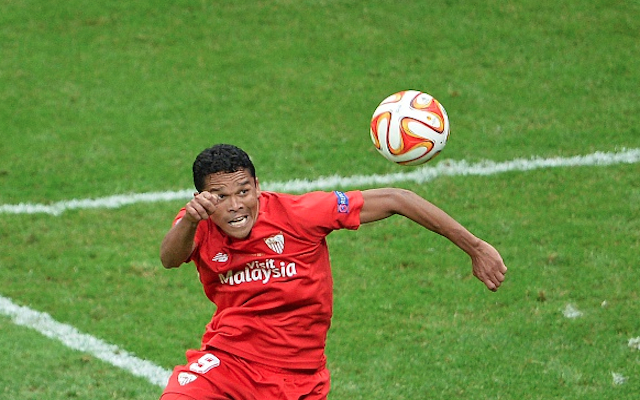