Two brilliant goals from Memphis Depay inspired Manchester United to come from behind to beat Club Brugge 3-1 in the first leg of their Champions League play-off at Old Trafford.

The Dutchman cancelled out Michael Carrick’s own goal in style, before providing Marouane Fellaini with a stoppage-time third which gives United a comfortable cushion to take to Belgium next week.

Here, fanatix rates and slates how Louis van Gaal’s side performed back on the European stage… 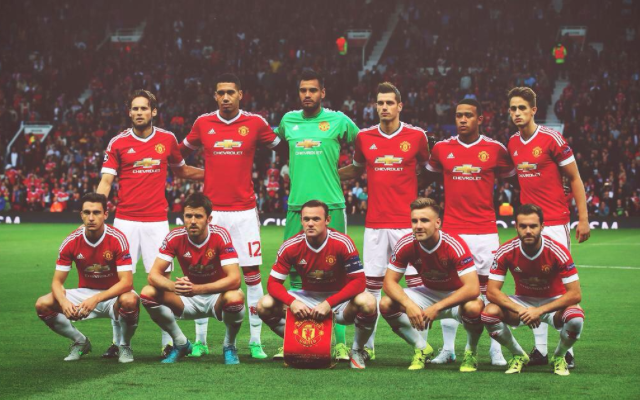 Was perhaps out of position for the Brugge goal, but could do little once it took the deflection off Carrick. His hesitation in meeting a Schneiderlin back-pass very nearly saw United concede a second away goal.

The summer signing did not have the busiest of evenings as the Belgians focused their attention down the United left. The winger he was marking was hauled off after an hour having made little impact.

Smalling was once again rock solid from a defensive point of view, but had a couple of nervy moments on the ball. If he keeps working on this area of his game, he could become a complete centre-back.

The Dutchman was occasionally exposed by Shaw’s forward runs, and Brugge got some early joy down United’s left channel. It was probably the makeshift defender’s most difficult game of the season so far.

The 20-year-old will have United fans excited with this performance. He looks fitter and stronger than last season, bursting down both flanks to create chances on goal, and his crossing was generally good.