Manchester United have reportedly lodged an £18 million bod for Lazio centre-back Stefan de Vrij, according to the Metro.

The Red Devils are looking to further strengthen their back line ahead of the new season and manager Louis Van Gaal has targeted the 23-year-old, whom he worked with in the Dutch national team during last summer’s World Cup.

However, Lazio aren’t thought to be keen on letting him go just yet, as a report in Football Italia claims that club president Claudio Lotto has rejected their offer.

That hasn’t deterred United, though, who will make another offer over the coming weeks.

Highly rated thanks to his speed and agility, de Vrij is being tipped to have a big future in the game after a standout maiden season in the Italian capital.

Having come through the youth ranks at Feyenoord, he linked up with Lazio last summer and has gone on to make 27 appearances so far, scoring one goal. 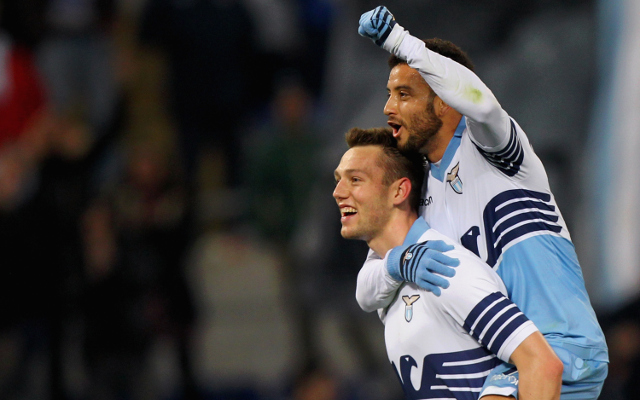