Manchester City came second in last season’s Premier League, but they were not even close to winning the title.

Manuel Pellegrini’s men ended up eight points behind winners Chelsea, so they must improve significantly in the upcoming campaign if they are to add a fifth top-flight title to their list of honours.

Their quest to regain their crown of English champions begins on August 8 with an away game against West Bromwich Albion.

The 2015-16 fixtures, which were published this morning, see City end the season with a match against Swansea in South Wales.

Manchester United visit the Etihad in March, while the Old Trafford derby date is in October.

City’s away games at Arsenal and Chelsea, which could be pivotal in their title challenge, fall in December and April respectively.

Check out City’s fixtures in full below. The dates are provisional and subject to change based on TV coverage. 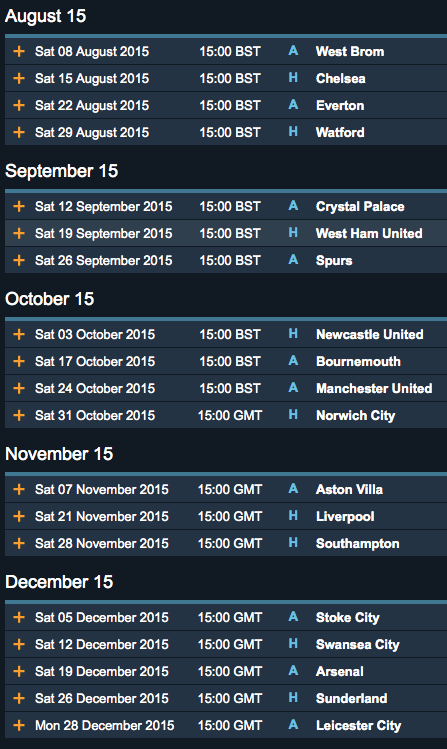 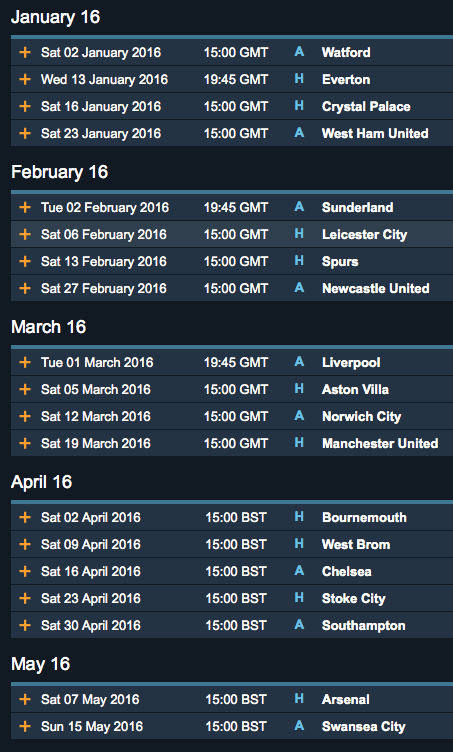