Liverpool could be set for a major injury boost as Roberto Firmino has returned to training ahead of the Champions League final.

The Merseyside giants face Tottenham in Madrid on June 1 as they look to sign off on the campaign with a trophy to show for their efforts.

Given their sensational comeback against Barcelona at Anfield last time out, many will fancy their chances of securing European glory and so with the help of these Gambling Deals, it’s certainly worth backing them and finding the best football betting deals for the Champions League final.

In order to have the best possible chance of doing so though, Jurgen Klopp will hope to have as close to a fully fit squad available as possible, and the German tactician could be in line for an ideal boost.

As noted by the club’s official site, Firmino returned to training with the rest of the squad on Tuesday as they continue their preparations in Marbella.

Time will tell whether or not he can return to full fitness in time to be at Klopp’s disposal, but it’s certainly a hugely promising development from a Liverpool perspective to see him back out on the training pitches with the rest of the group.

The 27-year-old missed the last three games due to a groin problem, but Liverpool seemingly didn’t miss him too much having won all three without him.

Nevertheless, he has bagged 16 goals and eight assists in 47 appearances this season, and so his presence in the squad will certainly be welcomed.

Time will tell if Liverpool can go one better than last year and put their disappointment in Kiev behind them, but it promises to be a thrilling encounter with Spurs in an all Premier League showdown with both sides enjoying some incredibly memorable moments to get to this point. 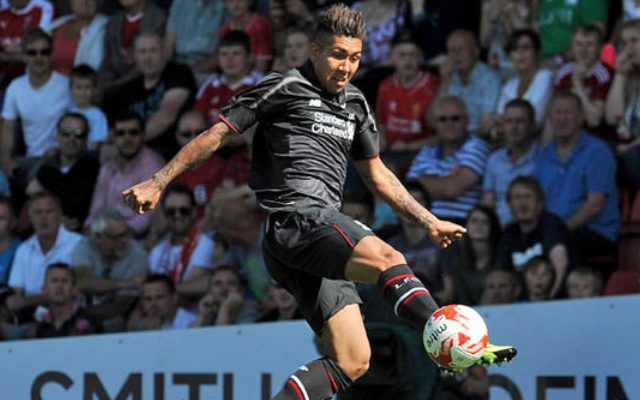