Manager’s job safety: Tricky one… Liverpool’s owners showed they are not afraid to sack managers, moving Roy Hodgson and Kenny Dalglish on fairly quickly. They appear to be truly behind Brendan Rodgers though, and believe in his project. Barring a nightmare start to the season, Rodgers’ job is safe.

Aims: Top four or bust. Last season’s 7th place, for all the pretty football Brendan Rodgers’ side played, is simply not good enough. The Reds haven’t played Champions league football since the 2009/10 season, and will continue to miss out on big targets if they continue to finish outside the top four.

Key Player: Philippe Coutinho – With Luis Suarez banned for the first six games of the season, Liverpool’s Brazilian magician will be the creative force in the final third of the pitch. The 21-year-old has dazzled during pre-season, showing his mesmeric touch, wonderful vision and eye for a goal. Rodgers wants to play Coutinho as a no.10 this season, and he will need to be at his brilliant best if the Reds have any chance of a top four finish.

Needs to improve: Joe Allen – Brendan Rodgers spent £15m bringing the player he described as ‘the Welsh Xavi’ to Anfield last summer. After a promising start to his Liverpool career, Allen tired, and was subject to a lot of stick from fans, claiming he was lightweight and only ever passed the ball sideways. Will need a much better season if he wants to stay at the club.

Big summer signing: Simon Mignolet – Sunderland £9m – Although Liverpool have launched bids to sign Henrikh Mkhitaryan and Diego Costa, they have so far missed out on big targets, and have received more transfer revenue than they’ve spent. Mignolet should do well between the sticks – but expect at least one big player to be brought in before the end of the month.

One to watch: Jordon Ibe – Liverpool are lucky enough to have two super talented wingers coming through the ranks. Raheem Sterling burst onto the scene last year, and Jordon Ibe is set to do the same this season. Scored for Wycombe on his debut as a 15-year-old, the Reds spent big money brining the teenager to Anfield. He’s skilful, lightning quick, and technically stronger than a player like Theo Walcott at just 17-years-old. Big things are expected… 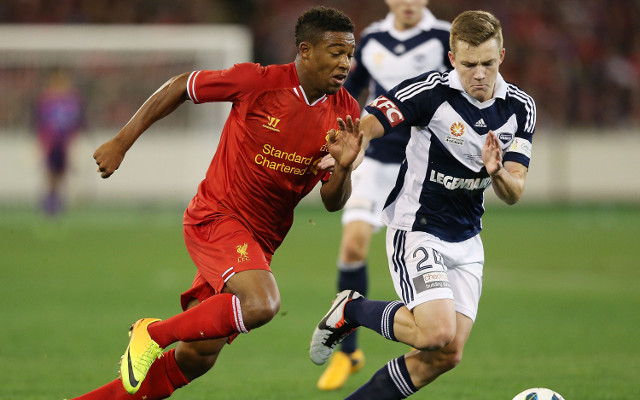 What do they need? A left back to cover Jose Enrique is crucial, but the Reds are also looking worryingly thin on the wings after selling Downing and looking to loan out Oussama Assaidi. A top-notch wing-forward, preferably Anzhi’s £30m Brazilian Willian, would set the Reds up perfectly.

fanatix Prediction? 6th We reckon Liverpool will do one better than last year, but still fail to finish in the top four. Teams like Arsenal and Tottenham have much stronger squads that the Reds, who regularly failed to beat teams last term when they dominated possession  A weakness in centre-defence and both wings will see the Reds come up short once again.