Liverpool’s Jordan Henderson scored the only goal as Brendan Rodgers’s side beat his former club Swansea 1-0 at the Liberty Stadium, to move to within two points of the top four.

Here is how the Liverpool’s players rated in the win: 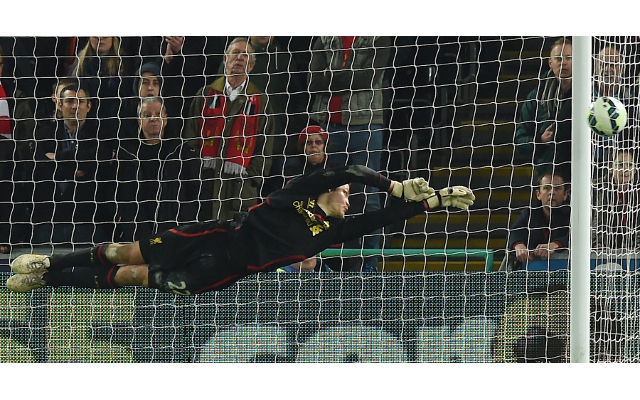 Made a couple of critical saves to keep his side in the match. Looks like he’s starting to find the form that persuaded Liverpool to buy him.

Had one of less impressive performances for the club. He struggled to deal with Neil Taylor throughout the game.

Looked solid marshalling the back three, but struggled at times with Bafetimbi Gomis and Gylfi Sigurdsson.

Didn’t shy away from any challenges, but didn’t keep the ball too well, which will frustrate his manager.