Steven Gerrard’s header just before half-time cancelled out John Terry’s opener and helped Liverpool earn a point in their Premier League clash with Chelsea at Stamford Bridge. The draw however, means that the Reds can no longer catch the top four, and will miss out on Champions League football next season.

Here is how Brendan Rodgers’s men got on:

Made a slightly shaky start by nearly gifting the ball straight to Willian. Luckily, Martin Skrtel was on hand to make the crucial clearance. Recovered well, claiming crosses, and making an important save from Cesc Fabregas midway through the first half. However, he seemingly returned to his nervous ways, as he flapped at a corner that could have gone anywhere. Luckily, it went for another corner. When called upon, he responded with a couple of good saves. 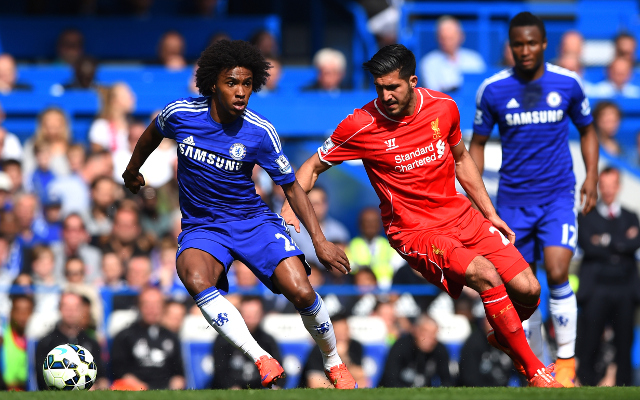 Looked energetic early on, making some important interceptions and creating attacks. His effort was unquestionable, as he made a couple of important challenges. However, his willingness to get forward left some gaps at the back which the home side were more than willing to exploit.

Made a crucial block from Cesc Fabregas in the latter stages of the game, and that summed up his performance. He was solid at the back, and kept his teammates in check.

Was relatively solid at the back, keeping Chelsea’s opportunities from open play to a minimum. He made a couple of crucial interceptions in a decent display. Will now be hoping to finish the season strongly.

In the unfamiliar role of left-back, Johnson put in a decent performance. He was willing to get forward, and offer support, but, he was quite wasteful when he actually had possession.