The Reds win at Anfield but the title still slips away.

In their final match of an impressive Premier League season Liverpool beat Newcastle United 2-1, but it wasn’t enough to win the title.

The Reds had to win and hope that Manchester City lost to West Ham United – they won 2-0 – to have any chance of being crowned champions.

However, it has still been a great year for the Merseysiders and here is how they rated at Anfield.

It’s been an inconsistent first year on Merseyside for the Belgian, but he was largely untested in this game apart from making a sharp stop to deny Yoan Gouffran.

It’s been a poor weak for Johnson, who was largely at fault for the draw to Crystal Palace, then had a Twitter meltdown and was devoid of confidence in this clash.

After a brilliant breakthrough campaign for the youngster, things finally seemed to have taken their toll as Flanagan was a liability and was hauled off at half-time.

Despite being the go to centre-back for Brendan Rodgers this was yet another poor game for the Slovakian, who scored another own goal and was second best to Gouffran all game. 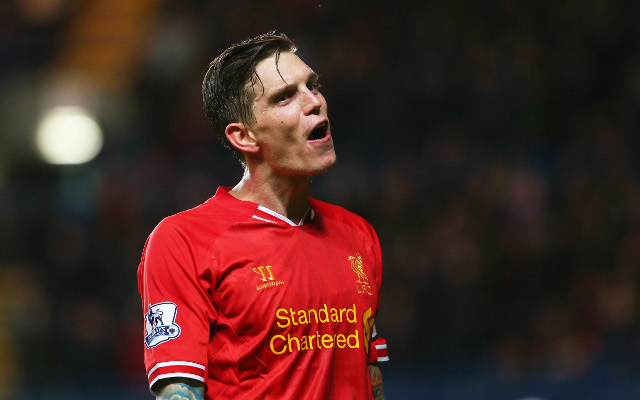 The only decent performer from a shaky bunch at the back and also got his side back in it with a well taken goal from a free-kick.