Liverpool were denied a place in anFA Cup final with Arsenal, after they were beaten 2-1 by Aston Villa at Wembley on Sunday.

Philippe Coutinho had given the Reds the lead after half an hour, but they were pegged back almost immediately by Christian Benteke’s goal. Fabian Delph completed the turnaround in the second half to send Tim Sherwood’s men through, whilst Brendan Rodgers is facing another trophyless season.

Should have perhaps done better with the goals he conceded, but the stopper can’t really be held accountable for the defeat. 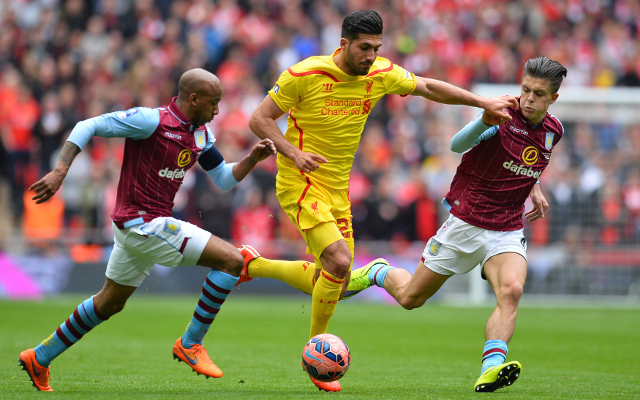 After an excellent season, it is no surprise that the German is getting tired. He looked jaded from mid-way through the first-half, and never recovered.

Looked rusty, and failed to control the game. The three-game ban appears to have its toll on the Slovakian.

It’s very difficult to find something good to say about the former Southampton man’s performance. Should have certainly done more to prevent Delph’s goal.