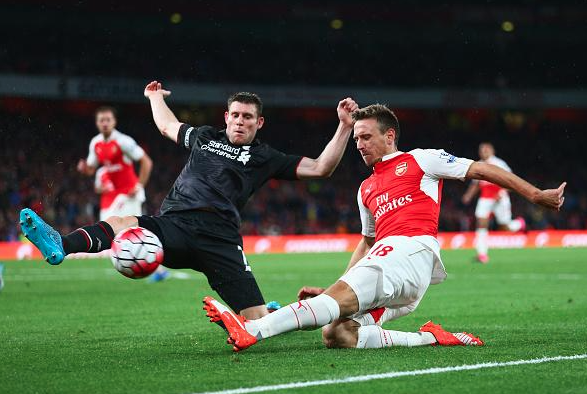 If this is to be the Brazilian’s last appearance for the club, he can leave with his head held high. He came in from the cold to do a vital job shielding his defence, which he did particularly well in the first half.

Replaced Henderson and took on his role of doing much of the midfield donkey work. The German could not have the same sort of attacking impact as his absent captain, but that may come in time.

Took the captain’s armband in the absence of Henderson and led his team to an important away point. Switched the play quickly with some quality passing and tested Cech with a long-range stinger.

A decent hour for the Brazilian on his first Premier League start. Provided Benteke with the pick of the first-half chances with a fine cross, and had a couple of speculative efforts of his own.

So nearly the match-winner for the Reds as he hit the woodwork twice in the first half. Dazzled with his footwork and also made an effort to get into the box as often as possible. It almost paid dividends.