The Ivorian has seen the fopaux and has taken it all in good humour. 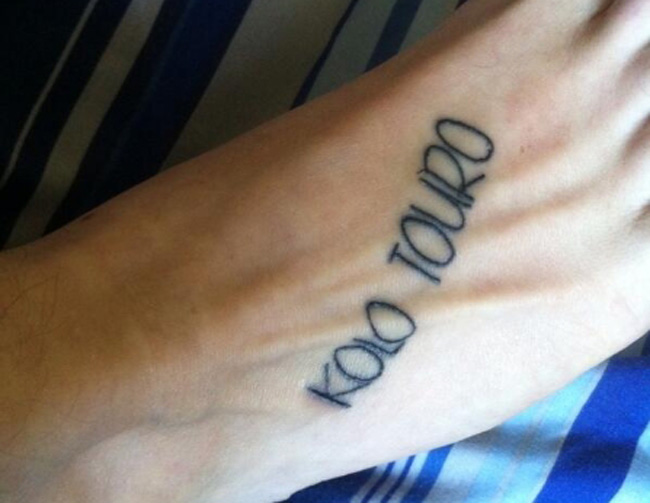 Toure responded via Twitter to the unfortunate recipient of the body art, jokingly stating that the 32-year-old would change the Ivory Coast international’s name.

“@JoshKillner: Can’t believe @domjpearson made The Metro with his ‘Kolo Touro’ tattoo. #lad http://t.co/BJkggXENwf” I will change my name

It’s little wonder this eager Reds supporter decided to permanently ink themselves with the (incorrect) name of the former Arsenal and Manchester City star, due to the African’s performances so far this term.

Despite the fact that many thought Toure was past the Ivorian’s best when Brendan Rodgers decided to bring the defender to Anfield, the veteran has proved them wrong.

The centre-back has been instrumental in the Merseyside outfit recording a 100% clean-sheet record so far in the Premier League.

The club are also top of the table as the only side to have won all of their matches after victories over Stoke City, Aston Villa and Manchester United.

Toure is a veteran of the English top tier since being signed by the Gunners in 2002, having played 310 matches in the league to date and having won the title three times.