Liverpool contract-rebel Raheem Sterling has been snapped smoking a shisha pipe, which is sure to land the winger in hot-water with boss Brendan Rodgers.

With his popularity having already taken a huge hit at Anfield after a disrespectful interview with BBC Sport at the beginning of April, this image will only further damage his reputation.

An apparent snapchat, with the caption – ‘1 down another 3 to go’ – surfaced online on Saturday night, and clearly shows the 20-year-old puffing on a shisha pipe.

Take a look at the image at the centre of the controversy below: 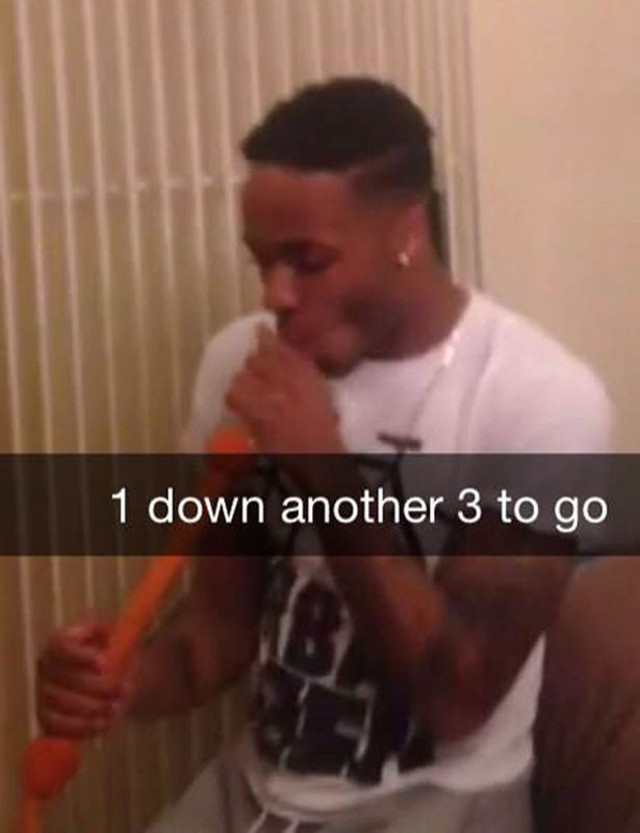 The Mirror report that just one shisha session is almost the same as smoking 200 cigarettes – not an activity that should be linked to a professional athlete.

The winger reportedly turned down a blockbuster £100,000 per-week contract to extend his career at Liverpool, and no doubt Rodgers and the Anfield faithful will be further outraged to see what the England international gets up to outside of football.