Sullivan junior spills the beans on another Irons transfer.

The son of West Ham United owner David Sullivan has revealed via Twitter that the east London club have completed the signing of Stewart Downing from Liverpool.

The Hammers had been closing in on Downing after having a £5m bid for the winger accepted by the Reds and Jack Sullivan has leaked – not for the first time this summer – that the player has signed at Upton Park.

Sullivan junior also told his Twitter following that the Irons had secured Razvan Rat earlier in 2013, although the signing of Downing is likely to cause more of a stir.

The Englishman has failed to impress since a £20m switch from Aston Villa in 2011 and was ridiculed for going through several months at Anfield without contributing a goal or an assist.

Although last term was a little more fruitful for the 29-year-old, Downing has still clearly not done enough to impress manager Brendan Rodgers and West Ham will make the midfielder their second signing from Merseyside this transfer window – along with Andy Carroll.

Downing will be looking to revitalise his career in east London, after having decent spells with both Middlesbrough and Villa, before the England international’s career nose-dived at Liverpool.

To date the winger has earned 34 caps for the English national team and has played over 300 Premier League matches during 12 years in the top flight. 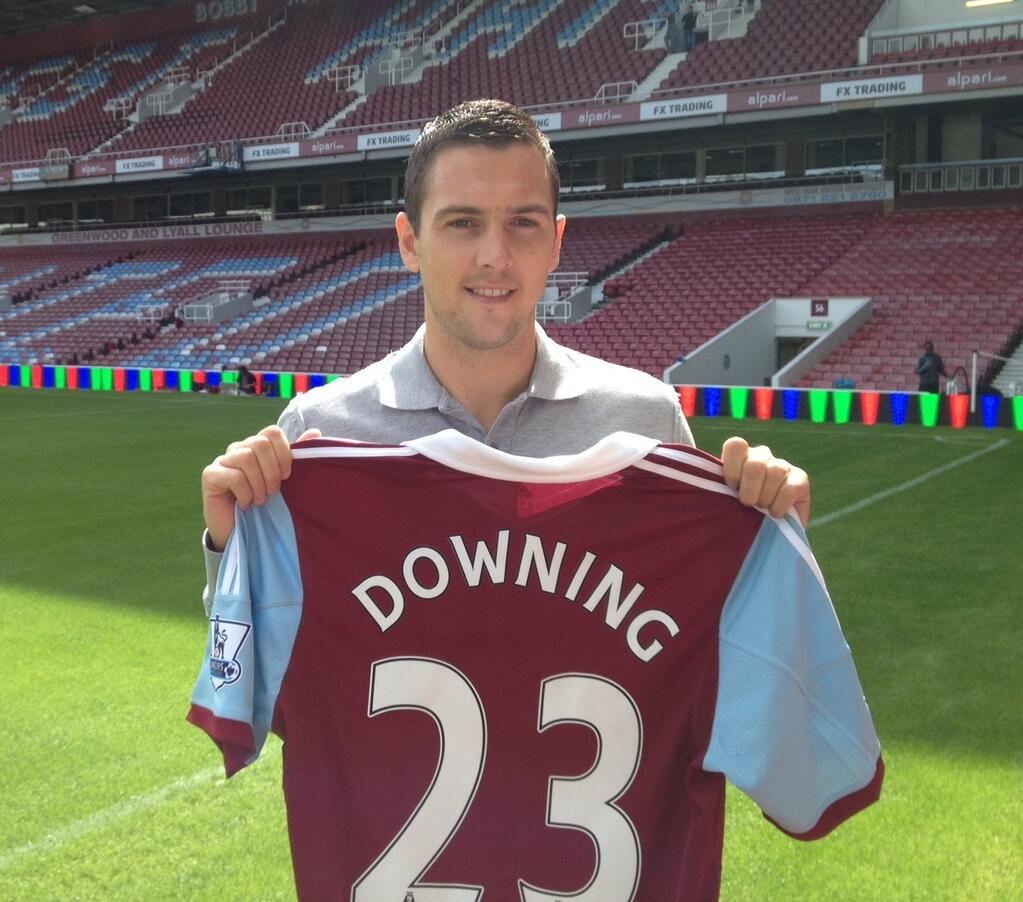 The arrival of Downing – as now confirmed by West Ham – takes the team’s spending to over £20m and will also be the club’s fifth new acquisition this summer.

“I’m very excited. It’s a great opportunity for me being here, it’s a great Club and I’m really excited to get going,” the former Boro wide man told the club’s website.

“I’m ready and I’m fit for the first game against Cardiff City. I’ve played a decent few games for Liverpool in pre-season, so there will be no problems on that front.”