The Gunners new away shirt available to see here ahead of the launch.

Arsenal’s new away kit has been leaked online ahead of the official launch, with fans getting a glimpse of what their heroes will be wearing in the 2013/14 season.

It is the last kit under sponsors Nike before the Gunners switch their allegiance to Puma and here it is modeled by top-scorer from last season Theo Walcott. 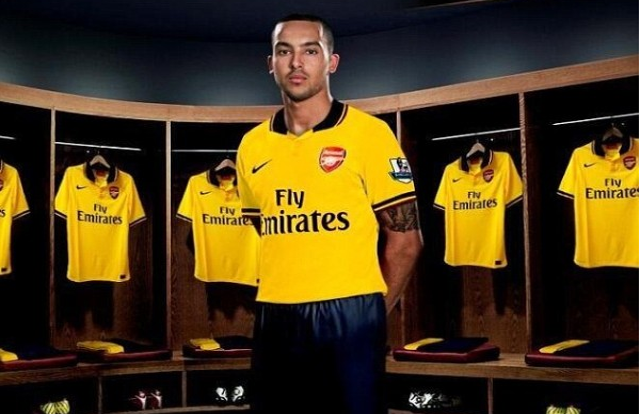 Following a season in blue the north London club have reverted back to the good old days with yellow – a similar look to that of the double-winning side’s outfit in 1970/71.

The shirt also has a similar feel to what Thierry Henry, Patrick Vieira and other such legends wore during the club’s famous 2003/04 season, when the ‘Invincibles’ went the entire Premier League campaign without losing a match.