Barkley seems to justify a place in Hodgson’s squad.

There were surprises in Roy Hodgson’s England squad ahead of the World Cup qualifiers with Moldova and Ukraine as uncapped Ross Barkley of Everton was named.

Along with Tottenham Hotspur’s Andros Townsend, Barkley was one of a duo of starlets with no caps as yet, but when looking at the 19-year-old’s passing accuracy in the Premier League so far this season, maybe Hodgson is right to call-up the teenager.

The Englishman has picked up where the midfielder left off last season by dominating the middle of the park for the Red Devils.

Carrick earned a spot in the PFA Team of the Year last campaign and was one of only a few players to take plaudits from the rather dull United v Chelsea league match on Monday night.

The 31-year-old is likely to be an important part of new manager David Moyes’ plans this term and could well be England’s most reliant midfielder if they reach the 2014 World Cup.

Chelsea will struggle to sign United’s Rooney as forward will not submit transfer request. 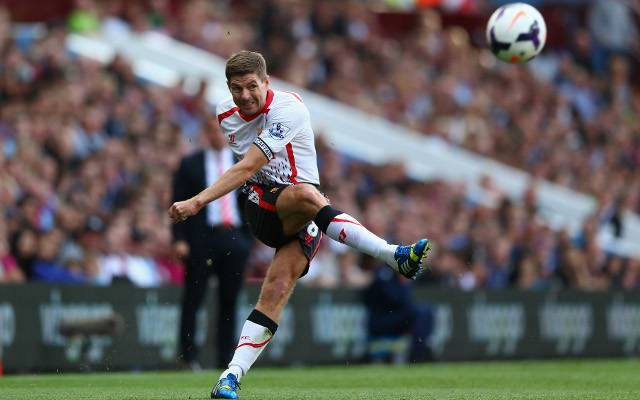 At 33-years-old Gerrard is still perhaps the Reds’ most important player and if the Three Lions captain can steer clear of injury in 2013/14, could well be back to his best.

The midfielder has helped the Merseyside outfit to successive wins so far in the league and the club are one of only two sides – along with Tottenham – to have a 100% record in the English top tier.

The Reds fail in attempts to sign Chelsea’s Mata on-loan.

Cazorla was one of the Gunners’ most influential players last term and has continued that form into 2013/14, with the Spain international being key to the north London club’s 1-3 victory at Fulham on Saturday.

If Arsene Wenger’s men are to seriously challenge for silverware this term then it’s highly likely that the 28-year-old will be one of the main driving forces behind that.

Gunners told by Manchester City that Micah Richards is not for sale.

The 19-year-old has been given a chance by new Toffees boss Roberto Martinez and the young Englishman repaid the manager immediately by scoring against Norwich City on the opening day of the season.

It was this performance, plus another solid display against West Bromwich Albion which was watched by Hodgson, that has seen the midfielder earn a place in the senior England team for the first time.

Everton brace themselves for improved £25m bid for star from Man United.