Stint in club rugby brings star back down to earth after recent problems off the field.

Troubled Wallaby star Kurtley Beale played in a club match this weekend in his return to action after rehab before Australia’s squad for the first British and Irish Lions Test is finalised next week.

Beale, 24, who has played just over half an hour in the past three months due to injury and suspensions, played a full 80 minutes for Randwick against Sydney University on Saturday.

He said little to reporters after the game as he continued his comeback from alcohol-related issues.

Beale has been invited to train with the Wallabies this week in Sydney, but team officials said he was not being added to the squad and was just training with his old teammates.

Winger and Wallabies teammate Drew Mitchell, who also played for Randwick in the weekend club match, said in his opinion a lack of recent match fitness would not be an issue if Beale was one of six extra players the selectors add to the final Australian squad for the Lions on June 11.

“I think if he was to get into a squad environment where he knows the people and he knows the structures and (with) the intensity the guys train at in the Wallaby camp, I don’t think it will be too much of an issue,” Mitchell told reporters.

“I’m certainly not forecasting his selection, but I know that if he was to be selected I’d back the guy.”

Beale has been in continual off-field strife this season and was suspended by his Melbourne Rebels team for striking teammates Cooper Vuna and Gareth Delve during the Super Rugby club’s tour in South Africa on March 23.

The Rebels and the Australian Rugby Union said last week that Beale had successfully completed the first stage of counselling. 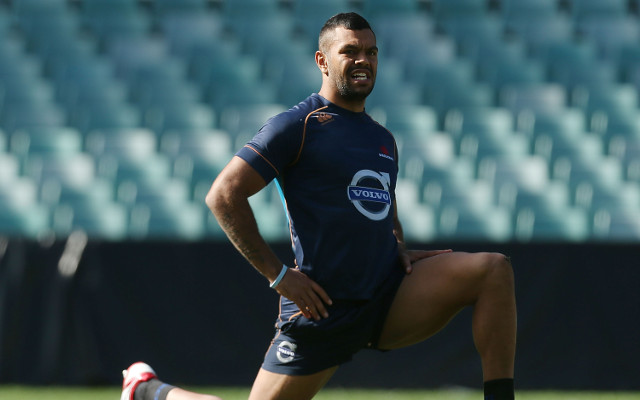