The 36-year-old has racked up 117 appearances for the Three Lions, bagging 46 goals in the process since her debut in 1995 – making her the England Ladies highest ever goalscorer.

She has also led the line in the 2007 and 2011 World Cups as well as at four European Championships, and for Great Britain at the 2012 Olympics.

Her role within the national side had taken a knock at the emergence of other goalscoring talent, and there were doubts as to whether she would have made it into Mark Sampson’s for this summer’s World Cup squad.

In a statement she said: “After a lot of consideration and many conversations, I have made the toughest decision of my career to retire from international football.

“I feel exceptionally proud and honoured to have played for England for 20 wonderful years. I have enjoyed every single minute of representing my country and wearing the England shirt. The memories will stay with me all my life.

“I am grateful to have played under Hope Powell, and to have had such an amazing support system from my family, friends and all my team-mates.” 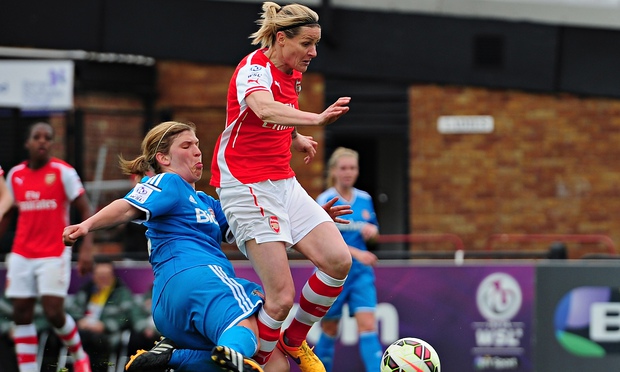