Once poised to become a star with the Oakland Raiders, Terrelle Pryor has fallen out of sight and out of mind since 2013.

The Kansas City Chiefs have released backup QB Terrelle Pryor after just a few months with the team.

NFL insider Ian Rapoport reported that the former Ohio State standout who started ten games for the Raiders from 2012 to 2013 before being traded to the SEattle Seahawks is unemployed again after the Chiefs announced they would cut Pryor and let the combination of Chase Daniel, Aaron Murray and Tyler Bray compete for the backup job to starter Alex Smith.

The Chiefs have released QB Terrelle Pryor, per @RapSheet

The Raiders drafted Pryor in the 3rd round of the 2011 Supplemental Draft out of Ohio State, but the early results yielded only flashes of skill, not any semblance of starting material. Pryor lost his first start with the Raiders in 2012 and went 3-6 as the starter in 2013, ultimately being benched in favor of the undrafted Matt McGloin. The Raiders traded Pryor at the end of the 2013 season to the Seattle Seahawks, but Pryor was cut by the NFC Champions at the end of training camp.

Pryor set an NFL record in 2013 by recording the longest rushing play by a QB in NFL history with a 93-yard TD run in a win over the Pittsburgh Steelers.

As a QB at The Ohio State University, Pryor led the Buckeyes to three straight top 10 finishes, including a 2009 Rose Bowl win over the Wisconsin Badgers. Pryor was the last QB ever coached by legendary Ohio State head coach Jim Tressel. 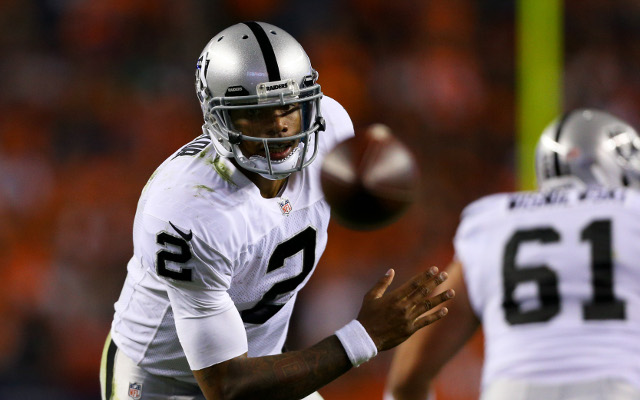 Terrelle Pryor to start for Oakland against San Diego