Elgey had been heavily linked with a move to the Manly Sea Eagles after halves pairing Daly Cherry-Evans and Kieran Foran inked deals with the Titans and Parramatta Eels respectively.

However the 21-year-old, regarded as being one of the best young talents in the game, said he was happy to stay on the Gold Coast amongst his family and friends.

Elgey did however admit that an offer he received from the Sea Eagles was “tempting”.

“In the end I wanted to stay on the Gold Coast with my family and friends around me and with my teammates and coaching staff I have a lot of respect for, even though it was a very tempting opportunity presented by Manly,” Elgey said in a club statement.

“Definitely the chance to play under probably the greatest halfback of all time in Andrew Johns, who is assistant coach at Manly, was a big consideration in developing my game.

“But I’m happy here and Neil Henry gave me my opportunity in the NRL and is a great coach and I’m just relieved I have made the decision and can now get on with my football.

“And I’m excited to hopefully be able to play with Daly Cherry-Evans too.

“I’m really proud that I’m a local junior who has come through the Titans ranks and a lot of people have supported me here. I want to repay them and be part of a successful side on the Gold Coast.”

Elgey has been superb for the Titans since making his NRL debut last month after being named the Holden Cup player of the season in 2014.

“We are absolutely delighted Kane has decided to commit not only to the Titans but also the local community where he has learned his football,” he said.

“Hopefully it will inspire a whole new generation of local talent hoping to follow in his footsteps.” 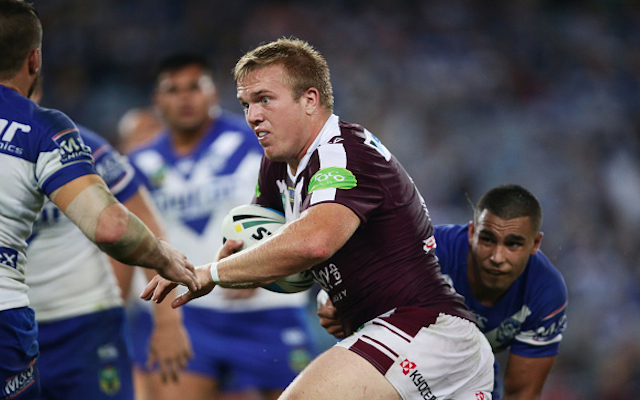