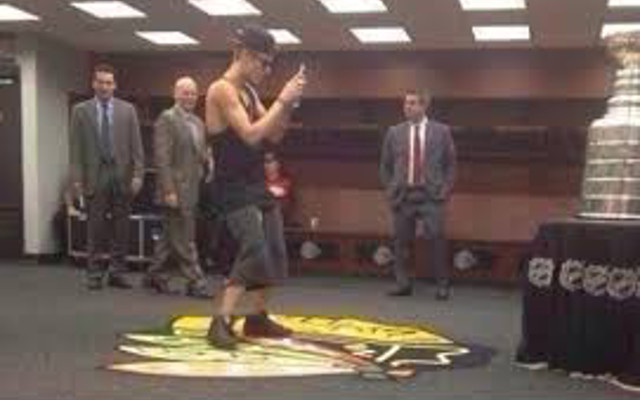 When Bieber visited the Blackhawks in 2014, he did one of the most disrespectful things you can do in hockey – he stepped on the team’s logo placed in the middle of the locker room. The Blackhawks had won the 2013 Stanley Cup, but were unable to repeat the feat as they were eliminated in Game 7 of the Western Conference Finals by the Los Angeles Kings.