Key Bulldogs playmaker could miss the remainder of regular season.

Josh Reynolds may miss the rest of the NRL’s home-and-away season after he was hit with two charges from Friday’s game against Brisbane.

Reynolds was slapped with a grade-one dangerous contact charge for lashing out with his feet at Sam Thaiday and received a grade-two tripping charge for his effort on Ben Barba.

Both came during an ill-disciplined second half, during which the Bulldogs pivot was sin-binned after a high tackle five minutes from full-time.

The 25-year-old can accept a three-week ban with early guilty pleas, but the Bulldogs are expected to fight, with a decision to be made by noon on Tuesday.

Reynolds controversially had a lifting-tackle charge downgraded after game one of the State of Origin series.

Cronulla’s Sam Tagataese is expected to miss the rest of the Sharks’ season after he was hit with a grade-three dangerous throw on Warriors centre Dane Nielsen on Sunday.

Nielsen was forced from the field after Tagataese’s shoulder collected Nielsen squarely in the face after the tackle.

Tagataese will sit out four weeks with an early guilty plea, but he will also miss the first two weeks of season 2015 if he fights the charge and loses.

Burgess’s teammate Isaac Luke will be free to play the Broncos on Thursday night with an early guilty plea for his part in the tackle.

Sea Eagles forward Josh Starling received two charges from the clash with the Rabbitohs, both for dangerous contact, and will miss one week with early guilty pleas.

Eels back-rower Junior Paulo faces three or four weeks on the sidelines for a dangerous throw in the dying minutes of Parramatta’s win over Canberra.

13 carry-over points mean North Queensland’s Tariq Sims will miss a week for his ‘crusher’ tackle on Wests Tigers winger Tim Simona even with a guilty plea. 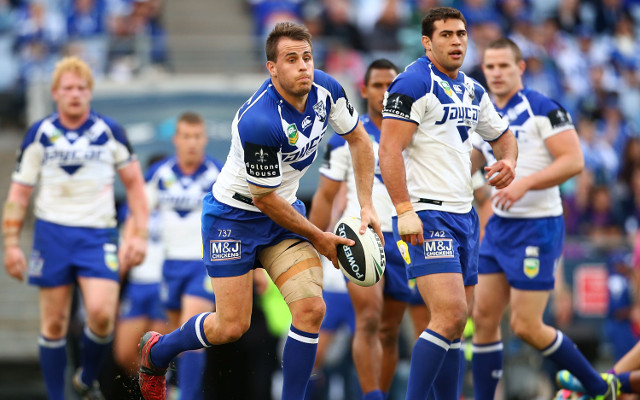