Father of Australian tennis ace Bernard believes he has not done anything wrong.

The father of Australia’s top-ranked tennis player Bernard Tomic said he was acting in self-defence when he headbutted his son’s training partner and broke his nose in Madrid.

John Tomic denied a charge of assault against Thomas Drouet in a Saturday afternoon brawl outside a hotel where players in the Madrid Masters were staying, his lawyer Carmen Dieguez told journalists at a Madrid court.

The court postponed a hearing to May 14 for a judge to decide his guilt or innocence after Tomic opted for court rather than paying a fine.

“I don’t feel guilty. I did not do anything wrong,” John Tomic told reporters of the fight, which has sparked consternation in the tennis world.

John Tomic struck his son’s training partner with his head only because his own arms were being held by Drouet and he had to protect himself from falling over, his lawyer said.

Drouet, who is from Monaco, appeared at the court house with a neck brace and white plaster over his nose. 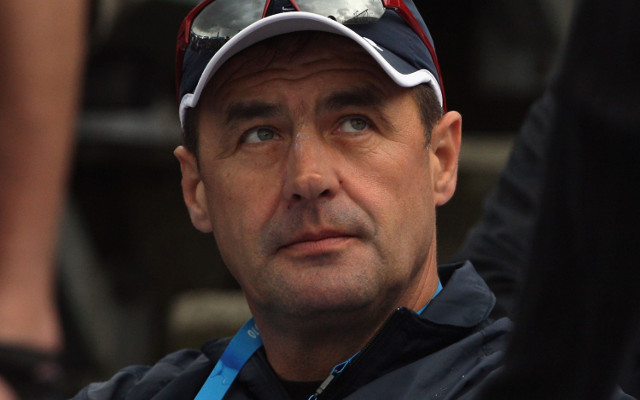 John Tomic’s lawyer said he was not to blame, however.

“There was some pushing and he acted in legitimate self defence,” she said.

Bernard Tomic’s father, who is also his coach, was arrested several hours after the fight in the central avenue Paseo de la Castellana and released ahead of the hearing, police said.

If found guilty he could be sentenced to between three months and three years in prison.

Bernard Tomic has made a poor start to this year’s European clay court season and lost in straight sets to Czech veteran Radek Stepanek in the first round of the Madrid Masters.

Todd Woodbridge, the head of men’s tennis for Tennis Australia, earlier confirmed that John Tomic was involved in an incident in Madrid but said the details were as yet unclear.

“We’re still trying to ascertain if or what charges have been laid,” Woodbridge told Australian radio, without commenting on reports of the fight.

“What’s important for us at Tennis Australia is that this allegation is thrown toward John, his dad, and not to Bernard.”

In a statement, Tennis Australia said the allegations were “very concerning”.

“We are working closely with ATP officials who are investigating the incident and are unable to comment further until the full facts are known,” it said.

In France, L’Equipe newspaper said Drouet sustained a broken nose, stitches to a cut above his eye and bruising to the back of his neck.

L’Equipe quoted Bernard Tomic as saying that he had been with his physical trainer at the time of the incident and had seen or heard nothing.

“It’s a very odd situation,” he was quoted as saying by the paper. “I wanted to talk to Thomas, but he was in hospital. I haven’t seen my father since then.”

Bernard Tomic, currently ranked 49th, last year created more headlines off the court than on it, including run-ins with police in his sports car and claims he was not trying hard enough.

The 20-year-old recently was recalled to Australia’s Davis Cup team after captain Patrick Rafter disciplined him for a lack of professionalism following admissions that he gave less than full effort in matches at New York and Shanghai last year.

Tomic won both his singles matches and clinched victory for Australia in their Davis Cup Asia-Oceania Group One second-round tie against Uzbekistan last month.