Packers pay $3m roster bonus, which will see Finley stay with Green Back through 2013.

Despite rumours suggesting Green Bay may part ways with their inconsistent tight end this off-season, it seems head coach Mike McCarthy will give Jermichael Finley one more chance to prove his worth as the game changing tight end they thought they had drafted in 2008.

NFL.com have confirmed that Green Bay paid the roster bonus on Monday, meaning the 26-year-old will make $8.25m from the 2013 season.

The tight end has had mixed success during his five years in the league. From playing a huge role in the Packers’ Super Bowl winning season in 2010, to his highly inconsistent 2012 season, which was marred by injuries and a string of dropped passes.

Many critics believed that the Packers may look to move on from Finley, who still has the potential to become a very good player in his position. With the Packers holding the 26th pick in the upcoming draft, there was a strong possibility that they could have drafted Tyler Eifert or Zach Ertz, two very highly-touted college prospects at tight end.

However, the Packers will stick with the former University of Texas player for at least one more season, as a chance to prove his worth. If he performs at the level he can do, the Packers may apply the franchise tag, in order to give them time to strike out a long-term deal. 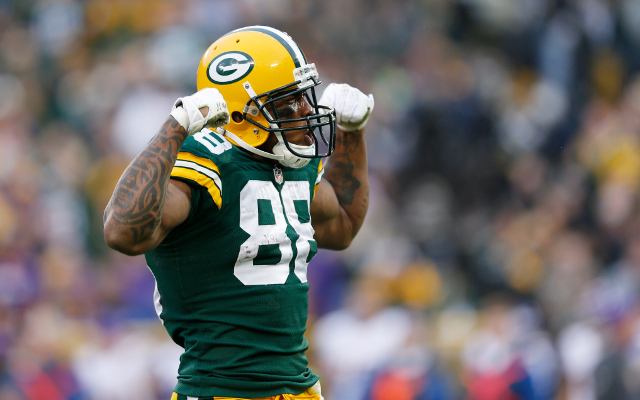