Moore thankful for all the messages of support during recovery…

Former European light-middleweight champion Jamie Moore has admitted that he is “gutted and confused” after being shot twice in the legs in Marbella.

Moore was in Spain to train middleweight Matthew Macklin ahead of his return to the ring against Jorge Sebastian Heiland in Dublin on August 30.

However, preparations took a shocking turn after the Salford-born trainer was attacked and reportedly shot at five times although he was only hit twice, in the leg and hip.

Macklin is now based in Marbella where has his own gym and recently appointed Moore as his trainer despite the pair previously meeting in the ring back in 2006.

The Birmingham-based fighter is currently on the comeback trail after joining Matchroom and is expected to go on and fight at world title level if he can get past Heiland.

However, his focus will be currently be on Moore as he continues to recover in hospital, but the latter did have a message of thanks for all the support he has received since the news broke.

Thanks for all the well wishes. Overwhelmed. Gutted and confused about what happened, but thank God I'm ok. X

It's at times like this that you realise how well your thought of. I've had unbelievable support. Means a lot it really does. #BoxingFamily

Moore was expected to be in Macklin’s corner on August 30, but it is unlikely that that will still be the case as he continues his recovery.

Meanwhile, Macklin also took to Twitter shortly after the incident was reported to assure fans that the medical staff told Moore that there shouldn’t be any serious of permanent damage done as a result of the shooting. 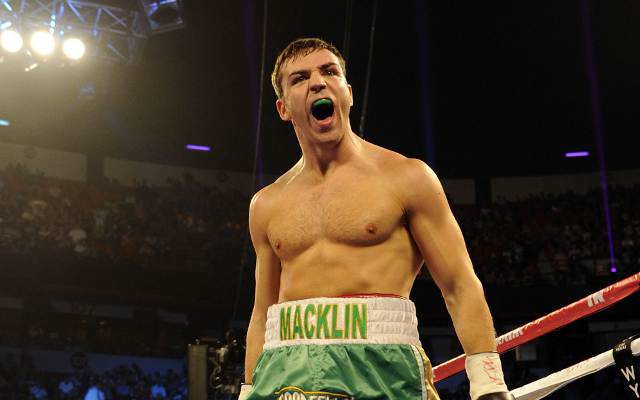