Richmond could be without their number one ruckman Ivan Maric for several weeks after he injured his ankle in his side’s pre-season win over Collingwood.

Tigers coach Damien Hardwick said Maric could be headed for surgery after the 48-point victory over the Magpies.

“Ivvy (Maric), we’re just monitoring his progress and see how he’s going,” Hardwick said. “We’ve got to assess how he goes.

“He’s probably in the hands of the doctor at the moment. It’s been a bit of a drawn out process at this stage, so at some stage we’ve probably got to make a decision on which way we go.

“(Surgery) is a possibility. We just don’t know at this stage.

“It’s just one of those things; he might go in and it might be a small clean up, we’re not too sure. We’ve just got to see how it pulls up over the coming weeks.”

Maric had groin surgery after last season, but has missed the past two NAB Challenge games with ankle issues.

The Tigers will also monitor defender Jake Batchelor after he limped off at half-time yesterday with a calf injury.

But Hardwick declared Jack Riewoldt was “a certainty” to play in the practice match against Essendon at Punt Road on March 7. 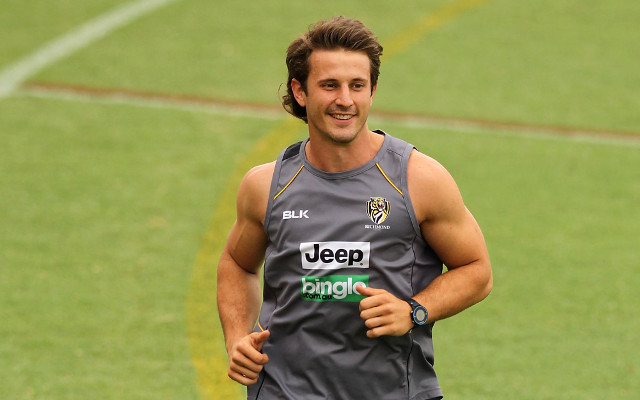