Arsenal playmaker Mesut Ozil is statistically better than Chelsea counterpart Cesc Fabregas in every way, but which player would you rather have in your side?

Chelsea’s signing of Cesc Fabregas from FC Barcelona this summer certainly raised a few eyebrows, with fans and media both surprised that the Spaniard’s previous club Arsenal did not bid upon finding out he was available.

“Arsenal were the first option due to a clause in the contract,” revealed Fabregas in June.

“We spoke with Wenger and he said that with Ozil they had this position well covered.” 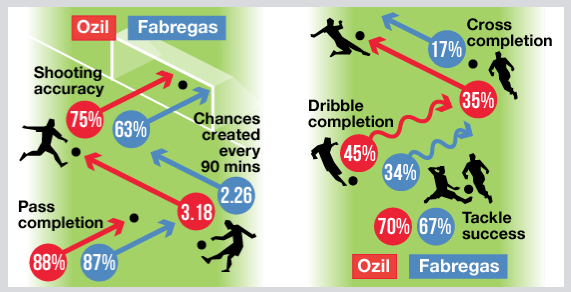 Which player would you rather have in your team?