Chelsea’s number one has best statistics of any goalkeeper who has kept more than 100 clean sheets in the Premier League.

A week after Petr Cech was described as the best goalkeeper in the world by Chelsea boss Jose Mourinho, the 31-year-old played his 300th Premier League match for the Blues.

Although the scrumcap-wearing stopper didn’t keep a clean sheet in the 3-1 home win over Cardiff, Cech’s stats from his landmark 300 matches are better than any other goalkeeper who has kept more than 100 clean sheets in the top flight, as the below infographic demonstrates. 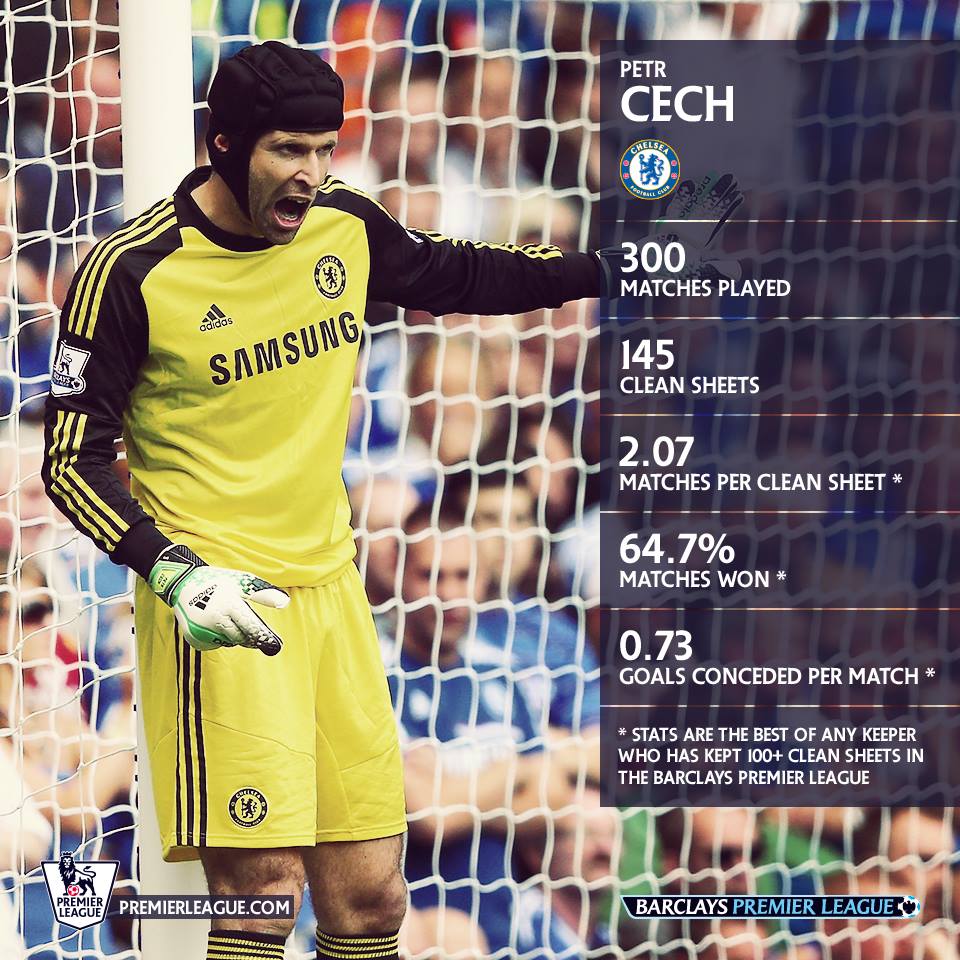